By Hearting The Planet on the Table by Wallace Stevens With Every Work of Art, You Learn

I Have Wasted My Life 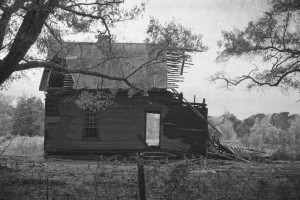 There is a well known poem by James Wright with a title so long it sounds almost silly at first: Lying in a Hammock at William Duffy’s Farm in Pine Island, Minnesota. The poem, I think, gets to the heart of what I’m trying to understand here. It shares the experiences of a human creature, Wright (?) having a series of devotional, almost otherwordly moments, and yet the poems also stays profoundly embedded in this world, the world of nature. It also ends on a real humdinger of a last line. If poems had ‘plot twists’ a la The Sixth Sense and The Usual Suspects, this would be it.

Lying in a Hammock at William Duffy’s Farm in Pine Island, Minnesota

Over my head, I see the bronze butterfly,
Asleep on the black trunk,
Blowing like a leaf in green shadow.
Down the ravine behind the empty house,
The cowbells follow one another
Into the distances of the afternoon.
To my right,
In a field of sunlight between two pines,
The droppings of last year’s horses
Blaze up into golden stones.
I lean back, as the evening darkens and comes on.
A chicken hawk floats over, looking for home.
I have wasted my life.

The poem commences with an incredibly evocative visual palette of bronze and black and green [2], before moving into the more abstract realms of empty spaces: the ravine, the empty house, the sound of cowbells seemingly unattached to any cows. Notice the use of the definite article in the first two lines (“the bronze butterfly…the black trunk”), as if this was the only bronze butterfly and the only black trunk in existence.

Often with transcendental experiences, there is a sense of the utter rightness and revelatory significance in an impression or a thought, accompanied by an ineffable slipperiness in how to communicate this understanding to anyone else, even a future self who is no longer in that state anymore. There is also a kind of alchemy at work here too: of turning shit (“the droppings of last year’s horses”) into gold. Surely whatever we do with our lives, no matter how productive they are, we are always going to be comparatively lacking compared to the numinous perfection of this pastoral scene?

I’m curious to know more about Wright and the making of this poem, so read a bit from James Blunk’s biography of Wright. I read of how in August 1960, Wright (alcoholic, philanderer) [4] brought his family out to Robert Bly’s farm in Minnesota to be near to his friend and mentor. One day the two drove to Bill Duffy’s farm on Pine Island, a city that also numbered Ralph Samuelson, inventor of waterskiing (FYI) as one of its inhabitants. Duffy had gone off to Tangier to teach, which is perhaps why the house in the poem stands empty. Bly had been asked by Duffy to do some maintenance work on the farm, and so explains Blunk, “while [Bly] and a carpenter drained the plumbing and built a new cellar door, among other chores, Wright retreated to a green hammock that hung between two maple trees at a distance from the house” and wrote this poem.

As I attempt to learn this poem by heart (it’s a great poem for by-hearting by the way – while learning/reciting it, you and 1960 Wright are one – eerily so) I keep on returning to the following question: what is the opposite of “I have wasted my life”? If waste is to squander, misuse, spend like water, be prodigal with, blow, mishandle, fritter away (which is also inbuilt into the process of living a life), what would it mean to do the opposite? A thesaurus suggests a list of stingy alternatives: to hoard, to save, to accumulate, to profit by, to take advantage of, to exploit. Are these in any way better options?

Maybe the opposite side of the Life-Well-Lived/Used spectrum might be:

“I have utilised my time on this earth profitably”?

“I have made the most of my life”?

Maybe these sentences would resonate more if presented as a series of ‘nots’: I have NOT squandered, misused, frittered away my life, LIKE OTHERS HAVE, AND DO! So where’s my pat on the head for that? Who is going to give me that pat on the head?!?!

Once again, we’re back to one of the earliest and most fundamental of ethical questions, which is also the title of that frustratingly unreadable book by Sheila Heti: How Should A Person Be?

Be, not do. For being (in this case: lying in a hammock mindfully) doesn’t necessarily lead us to feeling we’ve used our time meaningfully whilst embodied here on this planet. But how should a person live, if living is more than just being? Especially when that living is gifted to us in limited quantities? Bernard Williams opens his classic book Ethics and the Limits of Philosophy with the following statement: “It is not a trivial question, Socrates said: what we are talking about is how one should live.” Simon Blackburn in his primer Ethics: A Very Short Introduction notes how tricky it is to even listen to the self-appointed moral philosophers, both those in academia, and individuals who play this role for us in our family of origin or friendship circles:

“We do not like being told what to do. We want to enjoy our lives, and we want to enjoy them with a good conscience. People who disturb that equilibrium are uncomfortable, so moralists are often uninvited guests at the feast, and we have a multitude of defences against them.”

This is particularly true for the psycho-active substance user, whether that substance is sugar, coffee, nicotine, cannabis, or alcohol. Our default position is generally one of “don’t tell me how many chocolate digestives, lattes, cigs, joints, pints I should consume!” when perhaps the more interesting response, if we can put our defensive outrage on hold is: let’s think philosophically and psychologically about all of this stuff, because it’s at heart a really, really interesting question and affects us all in one way or another.

I like writers who remind me of how tenuous and unfounded our notions of who we are are, how shaky (because temporally and culturally specific) the foundations of our ethical universe are. Paul Bloom in his book How Pleasure Works marvels at the fact that “Our main leisure activity is, by a long shot, participating in experiences that we know are not real. When we are free to do whatever we want, we retreat to the imagination—to worlds created by others, as with books, movies, video games, and television (over four hours a day for the average American), or to worlds we ourselves create, as when daydreaming and fantasizing….This is a strange way for an animal to spend its days. Surely we would be better off pursuing more adaptive activities—eating and drinking and fornicating, establishing relationships, building shelter, and teaching our children. Instead, two-year-olds pretend to be lions, graduate students stay up all night playing video games, young parents hide from their offspring to read novels, and many men spend more time viewing Internet pornography than interacting with real women. One psychologist gets the puzzle exactly right when she states on her Web site: “I am interested in when and why individuals might choose to watch the television show Friends rather than spending time with actual friends.””

Which is perhaps to say: we all spend our evenings Lying in a Hammock at William Duffy’s Farm in Pine Island, Minnesota, whilst someone else (for Wright it was Robert Bly and the carpenter), are  no more than ten feet away, sawing, hammering, and constructing something far more important (at least in terms of Maslow’s triangle) for human existence.

The question that interests me is whether at the moment of being immersed/lost in our respective imaginative worlds, the neurochemical functioning of our brains is really that different when all of us are engaged in states of flow, either substance/conversation/exercise-enhanced or not? Would it change the way you feel about Wright’s spiritual (for want of a better word) experience at William Duffy’s farm if you knew that he had been assisted or “led” into that experience via a psychoactive substance like a strong coffee, or a chocolate bar, or tobacco, alcohol, cannabis?

I don’t think so. But then I’m the guy who pays a lot of attention to people’s dreams, as well as the their unconscious motivations expressed in their fantasies. And there’s clearly nothing self-possessed or abstemious about our dream worlds.

Why do we feel the need to be so categorical? The novelist David Mitchell has Wright’s poem stuck to his wall “as a reminder to stay inside the moment. It asks us not to let our minds rerun things that have already happened, not to trouble our head fruitlessly about things that haven’t happened yet. Inhabit the now, the poem urges— just see the beauty around you that you don’t normally see…”

“I forget this all the time,” he writes, “all the time. If I remember to do what the poem ask for 0.1 percent of day—slow down, look closely—then that’s a great day. An enlightened day. Usually, though, it’s nowhere near even that.”

What Mitchell is suggesting, and what another commentator Patricia Hampl draws out more explicitly is the negative-capability at work in the piece, to tolerate the pain and confusion of not knowing, rather than imposing ready-made or omnipotent certainties upon an ambiguous situation or emotional challenges. This lies at the heart of the being productively unproductive and vice-versa: “He has wasted his life precisely because he sees he has not wasted his life enough. Or really at all until this moment. That was his mistake. He has not failed.”