Identifying the Basis of Your Anxiety Attachment

The Pleasures of Anticipation

By Steve Wasserman On April 5, 2016 · In Anticipation, Dopamine, Nature, Things My Garden Has Taught Me 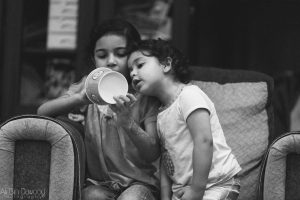 Yesterday, I woke up, looking forward, with possibly more ardour than anything else in my day to come, to digging a hole.

The hole would be required as part of the process of transplanting a large choisya ternata from the back garden where I felt it had been overloading the summer palate with too much yellow to the front, where it would be set against an infinite regress of concrete driveways, and where, I hoped, it would have a better chance of coming into its own.

In the morning, doing my three laps of Queensbury Park with Max, I pie-in-the-skied the procedure: thinking of the little trench I’d dig around the bush in order to get the spade deep enough under its roots. Whilst taking a shower I envisioned the groove-like motions I’d make, a two to three foot decagonal circumference, pushing the tip of the spade down through the dense clay and wiggling it slightly back and forth so as to start shaping the mass of earth which would cradle roots and plant, as if half-shrub, half-clay-anchor.

Then, whilst having breakfast more proprioceptive precognition, of that most satisfying moment of all, akin to the pleasures of easing blackheads free of skin pores, or earwax disencumberment: sliding the spade all the way under the rootball before gently rocking it loose of its deepest root-moorings. Finally reaching down to grab the lower branches, before sliding, levering, and easing the bush and its now pendulous root-ball out of its current abode, into the wheelbarrow, and then round the house to be lowered into another pre-dug hollow.

Restating this horticultural choreography here helps me to understand why the hole-digging occupied so much of my imagination that morning. One of the most interesting things to come out of the research on happiness is that the search for it is at least as compelling as getting what you thought you wanted.

Neuroscientists pinpoint this phenomenon to a part of the brain thought of as the “seeking” circuit. Researchers have found that this area has more to do with the anticipation of something than with actually getting it. It is in the anticipation of a reward that causes of surge of dopamine in the nucleus accumbens, the brain’s pleasure centre, lying just below the cerebral cortex; the anticipation of the reward becoming the reward itself. So indeed, as ever, nothing either pleasurable or uncomfortable but thinking makes it so.

This tendency to feel excited and energised when anticipating something was first discovered by a researcher named Wolfram Schultz, who trained monkeys to press a lever for a food reward. The experiment included a light that came on right before the food was released. Schultz found that the monkeys’ brains had the highest levels of dopamine right after the light came on, but before the food was released.

This would appear to indicate that the monkeys were more excited when they were anticipating the food than they were when they actually got it. Which is not to say that the release of dopamine made the monkeys feel good. Rather, dopamine got their attention and caused them to anticipate something good. That feeling of anticipation is exciting and energising, which is why dopamine is a key player in all kinds of addictions, as well as the digging of holes in one’s garden.

One Response to The Pleasures of Anticipation