Tell me what I am, for I
cannot fathom at a glance
why this creature longs
for sunsets it has not yet seen,
or refuses the notion of home,
only to set out in search of it…

I wear skin the way the land bears
its own light. I cry rain, speak thunder,
burn at the core of this being human.
I am tellurian, tethered forever
to this sublunary sphere. Is that why
I am unable to forget you, you whose words
stain the skies at dusk, a flock of swallows
mapping their sorrows with each wing-beat?

Oh, canvas earth, we were never born
artist enough for you. You speak to us
in prophecies now. Your veins are molten
lava, torrential rain, hurricanes, glaciers
drowning in the currents of our undoing.
What do we land-locked souls know
about the ocean? We have a world of ice
frozen within us, and the waters are rising. 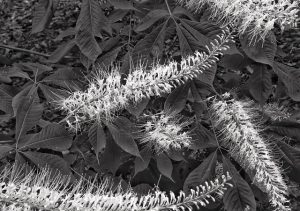 The process of finding a poem you want to commit to memory and recite every day for the rest of your life is often a circuitous one. I think I started learning this poem as a pro-social gesture towards a poet who I interviewed for a podcast I ran for a year or two called Poetry Pharmacy, which subsequently mutated into Poetry Koan so as not to step on William Sieghart’s toes who has ostensibly copyrighted the former title by using it for his so-so anthology.

The idea behind Poetry Pharmacy/Poetry Koan was to invite a poet I like to have a discussion with me about a poem that they felt was a kind of “medicine” for them, or a self-cure, and so offer this as a sort of “public good” (?) to others.

Here’s how I would “sell” the idea to a prospective interviewee:

“The plan is to share through a close-reading conversation a single poem that exists for you as an existential koan, a kind of “gateless barrier” to some understanding or insight which you sense/hope this poem might lead you towards (even if you perhaps haven’t quite got there yet). Maybe this is a poem you keep on returning to and thinking about, one that (for you) might fit the following description from the medieval Zen monk Wumen Huikai: “reading it is like swallowing a red-hot iron ball. You try to vomit it out, but you can’t.” It can be a poem you’ve always loved, or one you that you’ve read recently which knocked your socks off.” 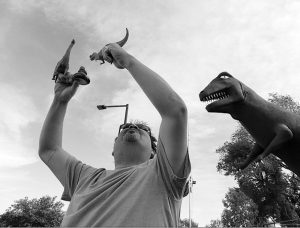 I think I created the podcast because a part of me thought that by speaking to poets, I might also make some poet friends. Don’t we all want friends who are also poets? I know I do. But I soon discovered that having a one-off conversation with someone you admire, even if it’s a good one, probably won’t ever lead to the close bonds we use the word friendship to denote. If that were the case, lots of creative people would hang out with journalists who interview them, and for the most part, they don’t. People hang out with folk they’ve gone to school or University with, or people they’ve dated, or worked alongside.

This is an extremely well-established social set-up, stretching back millions of years. Most primate communities you may have noticed are closed groups. They are often tied to a particular locale and rarely migrate outside of their home range. Our aloofness from others prevents a high concentrations of individuals which could result in a depletion of resources. There are only a very limited number of concerns willing to publish poetry, and only a few more willing to buy, read and talk about it. Those learning poems by heart as a committed practice are even rarer.

This saddens me – but that’s OK, lots of stuff saddens me. Homonid communities usually avoid each other and are aggressive towards outsiders.  As a result, social interactions between members of different “troops” (poets and psychotherapists, say) are not especially common. Chimpanzees are a notable exception.  When a group of chimpanzee poets meets a troop of psychotherapists, this often results in an exciting, friendly encounter lasting several hours, following which, some of the adult females switch groups. One sometimes see this occurring in human animals too, but usually only if both poet and psychotherapist have a certain shared status. Adam Phillips’ conversations with poets at Lutyens and Rubinstein (join their mailing list if you’re in London and want to be alerted to these) is a good example of this.

When MJ agreed to do the podcast, I decided I’d learn one of her own poems, and this one spoke to me. Perhaps because both of us are emigrants, both of us coming to the UK to study and then deciding to stay here. This poem earnestly capsulizes that existential displacement, but it also amplifies or extends it to anxieties about climate change, the loss of romantic or companionable ties, as well as a profound meditation on our own fundamental unknowability.

I got the sense that MJ was not pleased with my choice of this poem as a favourite, and one to learn by heart. I felt in her the embarrassment of a writer towards their own juvenilia, or of work that is no longer on-brand. Chan has become known in the last few years for writing woke, sociopolitical poems focusing on homophobia as it manifests in the family, especially in East Asian families, and this poem lacks that autobiographical and zeitgeisty specificity. It is an orphan of sorts, displaced in the poet’s own oeuvre, and not included in her first collection Flèche. 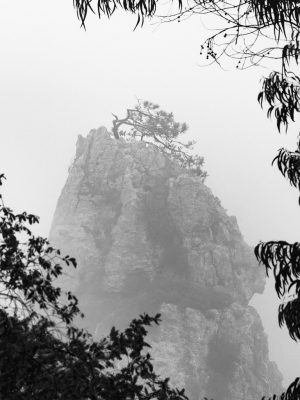 At some level, disowned by its writer, not even available online anymore as it once was, this poem has become untethered to the self it was once a portrait of, which perhaps frees it up to become anyone’s (self) portrait in a way that Chan’s subsequent poems can’t, or won’t? I tell the poem each time I recite it that as derivative, unfledged, and sophomoric as its creator might deem it to be (whether this creator is Chan herself, or some belletristic deity) no reader has committed to memory any of its Faber & Faber-anointed brothers and sisters yet, and maybe never will. Who does this console? Me, the poem? Both or neither of us?

I have recited this poem so many times that it has become my poem now, in a way that a parent of an adopted child sees that child as her child first and foremost. I have not given birth to this poem, but I have loved and cared for it, and brought it to life thousands of times with my own ape breath. At some level, I think the poem knows this, as much as the plants and animals we love and care for know this, as much as any life form might respond favourably when it is seen and cherished, which is to say read or recited aloud.