Schema and parts in a nutshell 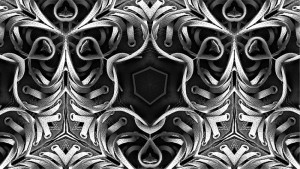 A schema is a pattern that starts in childhood and reverberates throughout our lives. It began with something that was done to us by our families or by other children. Maybe we were abandoned, criticized, overprotected, abused, excluded, or deprived—damaged in some way. Eventually this pattern becomes part of us, or more accurately becomes a Part of us, in the way that we all recognise that we have different parts of our personality.

Frustratingly, these parts sometimes act in ways that don’t seem in accord with other parts of us. One part might really want to change career, or write a novel, or find a partner, but another part might procrastinate or say angry or spiteful things to people we feel close to that we then later regret.

Our schemas which go to make up these different parts of the psyche, depending on how blended we are with them at any given moment, determine how we think, feel, act, and relate to others. They trigger strong feelings such as anger, sadness, and anxiety. So even when we appear to have everything—social status, an ideal marriage, the respect of people close to us, career success—we are often unable to savour life or believe in our accomplishments. And if we don’t have these things, a hopeless part of us (an Exile) might feel that they are forever out of our grasp.

Listed below are some of the most common schema/parts that I work with in therapy, and further links to more information about them.

“There’s a part of me that feels it will never get the love, care and attention I need.”(The Emotional Deprivation schema) 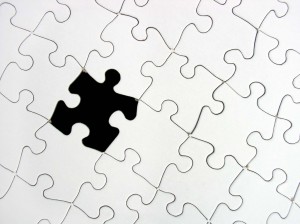 This emotionally deprived part of us believes that its need for love will never be met adequately by other people. We feel that no one truly cares for us or understands how we feel. We may find ourselves attracted to cold and ungiving people. Or perhaps, in order to protect ourselves another part of us acts in a cold and ungiving way towards others, leading us to form relationships that inevitably prove unsatisfying. We may feel cheated, and alternate between being angry about it and feeling hurt and alone. Unfortunately our anger just drives people further away, ensuring our continued deprivation. [Read more about this part here.]

“There’s a part of me that worries that the people I feel close to won’t be there for me when I need them.” (The Abandonment Schema)

This part of us has the expectation that we might lose anyone with whom an emotional attachment is formed. We believe that, one way or another, close relationships will end imminently. As children we may have experienced the divorce or death of parents. This schema can also arise when parents have been inconsistent in attending to our needs when we were young; for instance, there may have been frequent occasions on which we were left alone or unattended to for extended periods. [Read more about this part here.]

“There’s a part of me that finds it really difficult to trust people/situations/life in general.” (The Mistrust/Abuse Schema)

This part of us has the expectation that others will intentionally take advantage of us in some way. People with this schema expect others to hurt, cheat, or put them down. In childhood, we may have been abused or treated unfairly by parents, siblings, or peers.  [Read more about this part here.]

This schema refers to the belief that one is internally flawed, and that, if others get close, they will realize this and withdraw from the relationship. This feeling of being

flawed and inadequate often leads to a strong sense of shame. Generally parents were very critical of their children and made them feel as if they were not worthy of being loved.

This schema refers to the belief that one is not capable of handling day-to-day responsibilities competently and independently. People with this schema often rely on others excessively for help in areas such as decision-making and initiating new tasks. Generally, parents did not encourage these children to act independently and develop confidence in their ability to take care of themselves.

Vulnerability to Harm and Illness

This schema refers to the belief that one is always on the verge of experiencing a major catastrophe (financial, natural, medical, criminal, etc.). It may lead to taking excessive precautions to protect oneself. Usually there was an extremely fearful parent who passed on the idea that the world is a dangerous place.

This schema refers to a pattern in which you experience too much emotional involvement with others – usually parents or romantic partners. It may also include the sense that one has too little individual identity or inner direction, causing a feeling of emptiness or of floundering. This schema is often brought on by parents who are so controlling, abusive, or overprotective that the child is discouraged from developing a separate sense of self.

This schema refers to the belief that one is incapable of performing as well as one’s peers in areas such as career, school or sports. These clients may feel stupid, inept or untalented. People with this schema often do not try to achieve because they believe that they will fail. This schema may develop if children are put down and treated as if they are a failure in school and other spheres of accomplishment. Usually the parents did not give enough support, discipline, and encouragement for the child to persist and succeed in areas of achievement, such as schoolwork or sport

This schema refers to the belief that one must submit to the control of others in order to avoid negative consequences. Often these clients fear that, unless they submit, others will get angry or reject them. Clients who subjugate ignore their own desires and feelings. In childhood there was generally a very controlling parent.

This schema refers to the excessive sacrifice of one’s own needs in order to help others. When these clients pay attention to their own needs, they often feel guilty. To avoid this guilt, they put others’ needs ahead of their own. Often clients who self-sacrifice gain a feeling of increased self-esteem or a sense of meaning from helping others. In childhood the person may have been made to feel overly responsible for the well being of one or both parents.

This schema refers to the belief that you must suppress spontaneous emotions and impulses, especially anger, because any expression of feelings would harm others or lead to loss of self-esteem, embarrassment, retaliation or abandonment. You may lack spontaneity, or be viewed as uptight. This schema is often brought on by parents who discourage the expression of feelings.

This schema refers to the placing of too much emphasis on gaining the approval and recognition of others at the expense of one’s genuine needs and sense of self. It can also include excessive emphasis on status and appearance as a means of gaining recognition and approval. Clients with this schema are generally extremely sensitive to rejections by others and try hard to fit in. Usually they did not have their needs for unconditional love and acceptance met by their parents in their early years.

This schema refers to the belief that whatever you do is not good enough, that you must always strive harder. The motivation for this belief is the desire to meet extremely high internal demands for competence, usually to avoid internal criticism. People with this schema show impairments in important life areas, such as health, pleasure or selfesteem. Usually these clients’ parents were never satisfied and gave their children love that was conditional on outstanding achievement.

This schema refers to the belief that you should be able to do, say, or have whatever you want immediately regardless of whether that hurts others or seems reasonable to them. You are not interested in what other people need, nor are you aware of the longterm costs to you of alienating others. Parents who overindulge their children and who do not set limits about what is socially appropriate may foster the development of this schema. Alternatively, some children develop this schema to compensate for feelings of emotional deprivation or defectiveness.

This schema refers to the inability to tolerate any frustration in reaching one’s goals, as well as an inability to restrain expression of one’s impulses or feelings. When ack of self-control is extreme, criminal or addictive behavior rule your life. Parents who did not model self-control, or who did not adequately discipline their children, may predispose them to have this schema as adults.

This schema refers to a pervasive pattern of focusing on the negative aspects of life while minimizing the positive aspects. Clients with this schema are unable to enjoy things that are going well in their lives because they are so concerned with negative details or potential future problems. They worry about possible failures no matter how well things are going for them. Usually these clients had a parent who worried excessively.

This schema refers to the belief that people deserve to be harshly punished for making mistakes. People with this schema are critical and unforgiving of both themselves and others. They tend to be angry about imperfect behaviors much of the time. In childhood these clients usually had at least one parent who put too much emphasis on performance and had a punitive style of controlling behavior.