The Magic Faraway Tree Tell me about your despair, yours, and I will tell you mine. 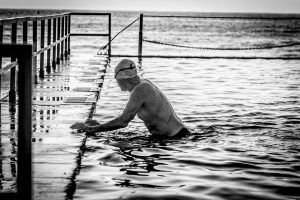 We need to talk about ritual. The anthropologist Roy Rappaport writes: “Humanity is a species that lives and can only live in terms of meanings it itself must invent.” If this is so, ritual is fertile ground for creating meaning in our lives.

For meaning, we often substitute the word philosophy, but a distinction needs to be made here a la Foucault’s discrimination between philosophy and spirituality. Philosophy, says Foucault, attempts to articulate the conditions and limits that circumscribe a subject’s access to truth. Spirituality, in contrast, consists in a set of practices through which “the subject carries out the necessary transformations on himself in order to have access to the truth.”

Embedded in the word “spirituality” is, of course, the word “ritual.” Ritual knowledge, the knowledge gained from spiritual practices, postulates that in order to know there must be a transformation of the subject. Although the S-word is not bandied around that much in psychotherapy anymore (Freud’s atheism enduring to this day_, I think the cogntive-behavioural transformations we’re seeking in our lives are sometimes better understood as spiritual ones. Ritual gives us access to these spiritual truths.

Ethology explains how animals adopt rituals in order to smooth over the conflicts inherent in our inner emotional states. Animal ceremonies evolve, so the reasoning goes, in response to having to manage emotional discord created by ambivalence inherent in the conflict created by two or more behavioral tendencies that may lead to trouble. Sexual attraction, for example, draws a pair close together, but proximity also produces fear and the desire to flee, on one hand, and hostility and aggression on the other. A balanced attitude from the extremes of flight or fight is required for successful mating, and the ritualization of appeasing gestures and displays is the route to establishing such attitudes.

Certain psychotherapeutic schools, especially those designed to work with trauma (Schema Therapy, EMDR, Internal Family Systems) are all alive to the ritual possibilities of healing. Trauma and ritual have always in some way been linked, chicken-and-egg like. So how do we create in our highly abstract and technology-infused culture the space for abreaction that might be found in Traditional cultures like the Inuit and which we as human animals might still require for our well-being.

The Inuits, as do many tribal societies, employ drumming matches and singing duels to deal with conflict situations within the tribe. Someone who believes himself wronged by insult, theft, or injury may challenge his opponent to a singing duel, which takes place publicly, in the enclosed confines of the igloo. Jokes, insults, and derision, delivered with a sarcastic and mocking tone, are staples of the match, accompanied by dramatic enactments, such as pretending to sew the opponent’s mouth shut, sticking out one’s buttocks, or breathing in the face of the opponent. The opponent, for his part, is to take in the performance with reserve and equanimity, until his turn comes to sing complaints and insults. In this way, mistakes, misdeeds, faults of character, and perceived wrongs are freely and publically aired, a process that relieves such wrongs of their potency to generate violence. Typically, the contest ends with a reconciling feast. Such duels can last for days, even years, and are conducted both within and across communities.

I think we can learn a great deal from the ways in which these tribal conflicts have been solved for millenia while trying to understanding how our inner conflicts can be managed.

Frazer in his Golden Bough suggested three things about ritual. First, the original and primary ritual form is that of blood sacrifice. The word sacrifice literally means to do (facere) a sacred thing (sacra). Metaphorically speaking, the blood element indicates that this “sacrifice” needs to feel deeply meaningful and valuable. We sacrifice something in the short term (money, time, effort) for a long term goal.

Second, ritual represents natural process or mythic-historical events or narratives, the stories of our lives and those of our tribes.

Third, ritual is inherently an act of magic, informed by the idea that “you can produce any desired effect by merely imitating it.” I think this is true for the enactment processes of experiential psychotherapy models like Schema Therapy and Internal Family Systems where we attempt to “enact” a change by visualising or re-enacting new ways of being. It’s that old Gandhi line: Be the change you wish to see. Ritual, to use Don Handelman’s term might also be seen as “events that re-present.” Ritual in this view is like a piece of society, or the socialised psyche, which society or client-therapist cut out and offer to themselves for inspection, reflection, and possibly criticism.

What often gets in the way of this happening in sessions, is that we can struggle to step out of a more superficial “play frame” in order to enter the deeper healing frame of ritual. In the play frame messages and gestures are understood to be fictive, if not actually false: the child waving a wand is not Harry Potter, and that child knows it. Within the ritual frame, in contrast, messages are conceived and understood to be somehow true and real; another way to put this is that the ritual frame articulates that which is taken to be of ultimate, foundational, and fundamental value. The difference lies in the metamessage associated with each. The metamessage of ritual is that everything within the ritual frame is sanctified, true, real, and believed.

We see this very powerfully in the documentary The Work, my favourite doc of this year where the prison in which certain dramaturgical and body-centered rituals take place, becomes a kind of transformative “cave” of the soul, maybe like the Chauvet caves explored by Werner Herzog in his equally wonderful Cave of Forgotten Dreams.

Imagine: small numbers of our Paleolithic ancestors descending into the dangerous territory of the caves. Perhaps a charismatic individual leads them, revealing and inducting new members into the mysteries of the underworld. There, in the shadows and light cast by torches, they drum, sing, and reach out to the textured surface of the walls, with their cracks, folds, and hidden recesses. The skulls and bones of animals are handled and enshrined in niches or on rocks, which serve as our earliest altars. Images of animals are painted; earlier paintings are revered as icons of the intimate relation between human and animal worlds, and as links to the group’s ancestors. The impulse to leave the daily world of light and safety for the dangers of the caves suggest an urge to seek out a distinct place for extraordinary (ritualised) acts, a place that by virtue of its very separation from ordinary life was perhaps thought to offer knowledge and experience of the world in its totality.

Ritual can also be seen as a way of structuring our lives. Most religious communities are structured on an hourly, if not even minute-by-minute basis. We can learn a great deal from the ritualised structuring of these communities. Let’s look at a passage from the “Testamentary Admonitions”, written by the statesman and courtier Fujiwara no Morosuke over a thousand years ago:

Upon arising, first of all repeat seven times in a low voice the name of the star of the year. Take up a mirror and look at your face, to scrutinize changes in your appearance. Then look at the calendar and see whether the day is one of good or evil omen. Next use your toothbrush and then, facing West, wash your hands. Chant the name of the Buddha and invoke those gods and divinities whom we ought always to revere and worship. Next make a record of the events of the previous day. Now break your fast with rice gruel. Comb your hair once every three days, not every day. Cut your ngernails on a day of the Ox, your toenails on a day of the Tiger. If the day is auspicious, now bathe, but only once every fifth day.

We have here a template you might say for ritualized living:

Sometimes when we are struggling in the welter of experience, it can be useful to think of how we can ritualize our lives according to these guidelines.

One of my daily rituals is to to learn and recite poems. Taking the dog for a walk each day I recite an ee cumming’s poem which has these lines in it:

i who have died am alive again today,
and this is the sun’s birthday

Every time I recited these lines, no matter what has been going on in my head up to this point, I notice that I am able to become more present to the world around me, especially the natural world. My ears really do wake up (even to the roar of traffic, but also bird-song), and my eyes open to the diversity of nature’s forms. Ritual brings us back into the rhythms of our bodies, our culture, and our species. Through ritual we become fully alive once again to the present moment.

Eliade, Mircea. Rites and Symbols of Initiation: The Mysteries of Birth and Rebirth. New York: Harper, 1958.