Everything Is Waiting For You #2

By Steve Wasserman On July 9, 2012 · In Everything Is Waiting For You 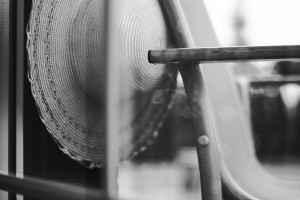 Megg Hewlett, the first person I ever did a Read Me Something You Love with,  and essentially the progenitor of the whole project, sent me a poem off the back of a conversation we’d had over pricey tea and some so-so Konditor & Cook cakes

(“But all the hype suggested something different,” Megg sighed, bemoaning that this was not an adequate birthday treat for me, though the conversation more than made up for it.)

The title immediately set off an Elliot Smith song in my head:

A fructiferous juxtaposition considering that Smith sings of hopelessness (made even more plangent by the knowledge that he allegedly took his own life in 2003, by stabbing himself through the heart with a kitchen knife) whereas Whyte sings resolutely of hope.

Hopelessness, the song seems to suggest, often lies in the lack that reveals itself when casting one’s mind backwards and forwards through our own prefigured life-span as part of a comparative exercise. The deficiency reflected back at us, Narcissus-like.

Whyte keeps us focused in the present. There is no looking back, and although he suggests some sort of future “pay-off”, even a preliminary reading of the poem indicates that the everything waiting for us, and more to the point, everything we’re waiting for, can be found right here and now: in the “tiny, hidden” data of our world.

…note
the way the soap dish enables you,
or the window latch grants you freedom.
Alertness is the hidden discipline of familiarity.

Tagged with: be here now • David Whyte • Elliot Smith • Everything Is Waiting For You • hopefulness • hopelessness • Megg Hewlett • narcissus • suicide