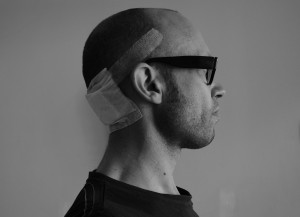 Learning poetry is a great pleasure, but there’s more. Something that goes beyond transient pleasure and moves into the inexplicably (or maybe explicably) salutary in a way that words fail to capture.

I almost want to use terms like “holy” or “sacred”, but I’m worried these might scare you away (they sometimes scare me away). In fact, whatever is happening, as profound as it is, is always happening within the body, not in some ethereal, extramundane godspace, but tangibly “here” in the mundanity of the moment.

I felt this last week in the hospital waiting to go under the knife. What a strange wait this was, the mind very quiet, stunned-quiet, not sure what to think or do. The books and magazines no use to me. So you wait with your peculiar, inward-flowering consternation for “your number to come up”.

I turned to my Waiting poems which I’d been memorising in the weeks before the operation and began to intone them to myself. Of course, as human beings we have been doing this for millions of years, calling it prayer or song. I’m not sure how many people have done this with a Falstaffian Lawrence Ferlinghetti poem (“and I am waiting for the Age of Anxiety/to drop dead/and I am waiting/for the war to be fought/which will make the world safe/for anarchy”) but the process was soothing nonetheless.

I also found Rogan’s ‘Across The Way’ powerful in its reminder to take in the “others”, those sitting around me, literally across the way, my fellow impatient patients, also awaiting their surgical fate. All of us thrown suddenly into the embarrassment of our own physical imperfections, and ultimate mortality betokened by this place of sickness and death. Yes, health too. But mainly sickness and death.

What I found equally perplexing, but also incredibly moving, was just how much “kindness” I was able to find not only for others but for “me”. I’m sure this would not have happened if I hadn’t spent the week before committing to memory Naomi Shihab Nye’s poem.

I had the operation done under local anaesthetic so there was a fair amount of pain and discomfort involved, and also the very surreal, almost Kafkaesque{{1}} feeling of being wide awake in the middle of that impersonal operating theatre with “professional” bodies bustling around the drama of that open wound at the back of my head. I was very aware of how perturbed and frightened some creaturely-aspect within me was at this point. But I also became aware of another part  ministering to the frightened creature.

I’m not sure what this other part was exactly, but I do know that it felt relatively calm, relatively relatively wise, and quite kind. I have no doubt that it is this part of ourselves that we strengthen when we learn certain poems, or pray, or suffer in some useful way.

It’s as Mary Oliver says in that other old chestnut ‘Wild Geese‘ which I’ve almost committed to memory having heard it so many times in the “Mindfulness Circles” I inhabit:

Damn those old chestnuts. So true, so true.

[[1]]I had recently been musing over Kafka’s ‘A Country Doctor’ and Will Self’s incredible digital essay on the story. Perhaps not the best of pre-surgical reading, as these images would unavoidably became part of the lived experience of surgery:

On his right side, in the region of the hip, a wound the size of the palm of one’s hand has opened up. Rose coloured, in many different shadings, dark in the depths, brighter on the edges, delicately grained, with uneven patches of blood, open to the light like a mine. That’s what it looks like from a distance. Close up a complication is apparent. Who can look at that without whistling softly? Worms, as thick and long as my little finger, themselves rose coloured and also spattered with blood, are wriggling their white bodies with many limbs from their stronghold in the inner of the wound towards the light. Poor young man, there’s no helping you. I have found out your great wound. You are dying from this flower on your side. [[1]]