By-Hearting I thank you god for most this amazing by e.e. cummings

By Steve Wasserman On September 28, 2017 · In By Heart, Gratitude, Higher Power, Poetry Koan 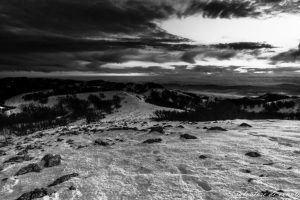 When learning a poem, there is sometimes a line, or maybe even a word which one is itching to rewrite. I am itching to get rid of that deity in the first stanza. Surely any of these edits would be preferable?

And even if we keep God, why should He, whatever He stands for here, be given in this intensely merely-being) poem of small lettered modesty, Commanding Capitalization?

If e.e. is the Jack Jones of the alphabet, ditching with hierarchical Upper Case for institutions, races, nationalities, tribes, landmarks, organisations, planets, holidays, why can’t God adhere to this egalitarian convention? Cummings wasn’t Jewish or Catholic where God reigns orthographically supreme, where in the former faith one is not even supposed to render His Name as a full consonant-vowel entity, but rather replace it with these coy referents: G_d, L_rd, F_ther. A practice which has always irritated me in the way that star-obscuring ones obcenities – b*stard, f*ck, sh*t – does too. Is not Unitarianism supposed to be a less fussy, kowtowing, more directly engaged relationship with the transcendental (“the focus of the service may be simply the celebration of life itself”) than other theological movements? As one would expect from a spiritual framework that attracts Emerson, Darwin, Newton, Dickens, Nightingale (Florence), Ray Kurzweil, and Mr WWW himself, Tim Berners-Lee to its ranks.

So I start learning the poem without God. But later on that day, with half an hour to kill, I find myself in entirely empty St Vedast Church, all the tourists preferring St Pauls just down the road, and I’m only here because Pod cafe next door is closed where I’d hoped to get a cup of tea. I’m always pleased to find myself in a church, marvelling at the peculiar dovetailed historical synchronicity of standing in a building that was constructed to keep the hubbub of medieval London shut out so that one might listen within, now functions equally well in a century where the clacking of carts and horses, the cries of street vendors, has been replaced by mobile phone beeps, squawks, and the unceasing rumble of cars and trucks.

Here, as I walk up the aisle, silence closing in around me like a protective cloak, the clatter and clutter of the world outside soothingly isolated, I take the poem out of my pocket once more and recite the first few lines, capitalised God and all.

For let’s say this be his house, abode, his dwelling place. The dwelling place of silence and reflection. Open to all, visited by hardly anyone. Maybe it’s OK to show some respectful placing-outside-of-conventions in keeping the uppercase just for Him, and no-one else. For all of this, and the few moment of quiet it gives me I say to e.e. or E.E, to God, G_d, or god, I am grateful.

To feel a sense of gratitude, our predisposition to ingratitude needs to be revisioned. Another way of thinking about this predisposition is through the notion of “habit”.

We don’t wake up each day with the express purpose of heedless fault-finding, dissatisfaction and grumbling ingratitude. But we do, on most days, look at the world through eyes configured at, or just below our baseline or set-point of happiness. This is also known as the hedonic treadmill. So fifty men and women, either leavened by good fortune, or sunk by bad (in this case lottery-winners and paraplegics),  don’t stray in the long run that far from where they started from.

How, if at all, do we jog ourselves off the hedonic treadmill? Cummings does it, I think, through simple but startling linguistic inversions. Instead of “this most”, he gives “most this”; “blue true” rather than “true blue”, “human merely being” instead of “merely human being”. The effect is that of rinsing our tastingtouchinghearingseeingbreathing faculties to a point where the desired transcendent receptiveness of the concluding lines can be induced. Perhaps.

Reciting the whole poem, mantra-like, at the beginning of the day, which I have been trying to do on my morning walk this week, is intended to have a similar effect: an attempt to hijack the hedonic treadmill with schema-disconfirming data.

My hedonic treadmill is to be found in a dingy gym just off Holloway Road, with tinny KISS FM piping out of the TV sets hanging above our heads as we assiduously walk and run in place. No greenly spirit of trees or blue true dream of sky, certainly nothing natural, infinite yes about the activities there. Hard to be grateful on a treadmill, other than for the habitual certainties it provides.

But in reciting the poem, some kind of antidotal activation occurs. Dogs do something similar. How can their tongue-lolling, tail-wagging, thrilled response to a ball, a walk, a wheaten treat not enjoin us to take part in their world? And in so doing, dwell for as long as the time it takes us to recite the poem, or if we’re lucky, a bit longer, in something approximating contentment.