By Hearting One Art by Elizabeth Bishop By-Hearting I thank you god for most this amazing by e.e. cummings 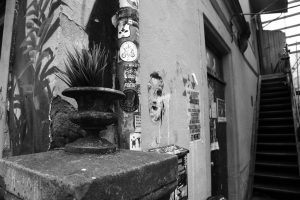 “So you’re going to learn ‘Kindness‘ are you? That old chestnut! That old piece of mystical lumber, so beloved of the spiritual gurus with their quiet, whispery voices and meaningful pauses? HA!”

These are the kinds of conversations I have with my mind. The mind, even when most mocking{{1}} speaks a kind of truth: this poem is a bit of a “chestnut”, often quoted by spiritual gurus with their quiet whispery voices, so much so, that it has become for this reader almost platitudinous.

But I feel I need its medicine. Which is to say I feel I need more Kindness (don’t we all?) – medicine most needed when the mind is tetchy, irritated, peeved, just generally vexed with the world.

I remember once being on a meditation retreat with John Teasedale, one of the creators of the Mindfulness Based Cognitive Therapy model, and him telling us that one of the most powerful practices he had ever done was sitting on a meditation cushion for a month directing Mettā (loving-kindness) to himself and the world. This had impressed me, as John is not in any way a whispery-voiced spiritual guru. It’s a bit like your postman telling you he hugs trees.

So sometimes we have to take the medicine we need even if the mind or something else has tainted that medicine with projections. When you’ve got pneumonia, you don’t say to your doctor “Actually, you know what, thanks but no thanks. I’m just not that cool with pharmaceutical companies and what they do. Would you by chance have that life-saving antibiotic as a homeopathic remedy? Perhaps produced by a small, fair-trade collective in Palestine?”

No. You say, this is the medicine I need. Thank you Doctor Patel.

In many ways the learning of ‘Kindness’ for me has become an enlightening tussle with articles. The word the is very important in this poem.

Particularly in this stanza:

Before you learn the tender gravity of kindness,
you must travel where the Indian in a white poncho
lies dead by the side of the road.
You must see how this could be you,
how he too was someone
who journeyed through the night with plans
and the simple breath that kept him alive.

As I began memorising this poem, I kept on wanting to say “an Indian” and “a simple breath”, but Shihab Nye gives us the Indian, as if he’s already been mentioned previously in the poem, or as if we had already been introduced to him: “You know the Indian – the one who you sat with you around the camp fire singing Victor Jara songs? That guy who showed you a picture of his wife and young daughter and laughed at your jokes. Yes, him.”

The indefinite article ‘a’ would vaporize the specificity of that man. The empathic leap we’re being encouraged to take would not be possible without ‘the’. An Indian lying dead by the side of the road, as upsetting as that image might read, would still render this man as an “extra” in his own drama, as if he’d been placed there as some kind of marker of mortality (which in some sense he has) rather than as a human being in his own right.

What gives these lines an added kick is that Shihab Nye is playing with the Native American proverb “Don’t judge a man until you’ve walked two moons in his moccasins”. Perhaps this is why she tells us to “travel where the Indian lies dead” rather than travel ” to where the Indian lies dead”. It’s not a matter of going and standing over his body like a disaster tourist gawk, or some lens-distancing journalist. The “where” is not necessarily a place but an experience, his experience, your experience of moving through your life with some sort of purpose, being nourished by the selfsame air and food and broadband connection that nourishes us all.