Patience The Garden as a Place of Refuge

By Steve Wasserman On November 1, 2016 · In Feel Better, Nature, Procrastination, Things My Garden Has Taught Me 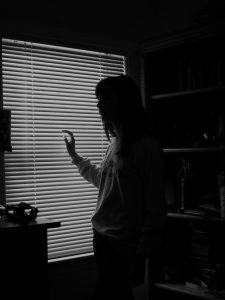 The shadow-side of patience is procrastination. A form of forestalment, with all the discomfort of inertia, torpidity, but none of the dopamine-fuelled incentivizers. As Hesiod, one of the earliest writers on the subject gravely remarks: “a man who puts off work is always at hand-grips with ruin”. Yes, sometimes, it really does feel like that.

So this morning, I sketch out my own HGWR (Hand Grips With Ruin) account in the form of two lists. More undone than to-do lists. One of these contains all the activities I’ve been putting off doing in the garden, for weeks on end, or even months, including building two or three compost bins out of discarded wooden pallets, hoiking the half ton of gravel sitting out in the front on the pavement ’round to the back, bulb-planting, and general weeding and mulching to get the garden ready for its winter snooze.

Then a similar list for indoor activities: financial housekeeping, catching up on neglected correspondence, and not to forget all those cupboards crying out for tidying, decluttering, or ordering – in every room of the house, including all the metaphorical rooms.

Perhaps the contents of these lists gives us an initial clue as to how procrastination (pro, putting off/in favour of, crastinus, tomorrow) gets a perch on us. For if procrastination is simply “the voluntary choice of one behaviour or task over other options” (Steel, 2007), then we might also with equal simplicity acknowledge the factors which affect this voluntary choice, the two most salient being temporal discounting and task aversiveness (aka the dysphoric effect).

Temporal discounting states that a reward in the future is never as tempting as one closer in time, even if significantly greater than anything on offer right now. Long before the social scientists and economists gave the phenomenon a fancy name, Samuel Johnson in a classic essay on procrastination from The Rambler pointed this out: “It is indeed natural to have particular regard to the time present, and to be most solicitous for that which is by its nearness enabled to make the strongest impressions”.

Building those compost bins is only going to yield the thing I want (compost) in a year or two’s time. Factor in the ability to buy a 100 litre bag of the stuff now from my local garden centre for a fiver, wedded to a good dose of task aversiveness (the shlep of finding the materials, and then all that fiddly construction just so as to produce this aesthetically unappealing object to be filled with dead and dying plant matter) all adds to the procrastinatory meh-ness of the task.

Why build compost bins if I can be sitting in the summer house, drinking tea and eating biscuits, writing a blog post about procrastination? Let’s face it, any task, even the most pleasant ones have some kind of aversive quality built into them. In the garden: the discomfort of kneeling, or lifting; or preparatory wrenches, such as getting out of warm bed on a chilly autumnal morning. Or having to stop an activity one has become interested in (like writing this) in order to go and check on the dog and see if he needs to wee.

Because some kind of task-linked dysphoria is built into everything we do, when I start working with a chronically procrastinating client (or myself), the bedrock of our interactions is often built on some kind of foundational understanding of their values.

Why? Because we are no different to any other animal in that we move towards what we want and systematically avoid the things we fear and dislike. Cf. Freud’s Pleasure Principle, which then systematically morphs into Skinner’s Operant Conditioning, and finally with a hop, skip and randomised controlled trial jump into cognitive behavioural therapy. So if we can get in touch with what is not only pleasurable, but also most meaningful to us, those things that are in the words of the Mastercard advert are “priceless”, or at the very least, extremely important to us, this can help to energise our intentions, navigating the bumps of aversiveness or dysphoria on the road ahead.

An interesting experiment by John David Creswell at the University of California in 2005, got students to tap into their values by delivering speeches on things in their lives which were either very meaningful to them, or not. Thereafter both groups were bombarded with stressful laboratory tasks and their physiological responses measured. Those who had just focused on valued life domains had a much lower blood pressure, heart rate and levels of cortisol in their bloodstream than the group who had talked about something less important to them. Being aligned with our values helps us to maintain both physical and mental health.

Not sure what your valued life domains are, or how to align yourselves with them? Here’s a nice way to find out offered by Kelly G. Wilson.

But what if your goals and daily tasks are more-or-less aligned with your values, but still you feel yourself lacking the oomph to transform those objectives into generative behaviour, what else might be going on?

Sometimes, we might have the most potent anti-procrastination strategies at our fingertips (here are my favourites), but still, none of these seems to make a dent in the delaying tactics of inner procrastinator. When this happens,  another part of us is also there too, a critical self-berating part. Which only makes matters worse.

Is it really just a matter of poor self-regulation (impulsiveness, distractability)? Not being able to stop ourselves falling into the “intention-action” gap?  Of being “maladaptive perfectionists”, to use Kenneth Rice’s term, caught between those part of us that demand a certain performance standard is met, and the inner-critic who scolds us when we don’t reach our goals?

Burka and Yuen employ a gardening metaphor in their excellent book Procrastination (still the best out there, in my opinion, now in its updated 25th Anniversary Edition), to try and explain what might be happening. Perhaps, they suggest, we need to pay more attention to the “emotional roots” of procrastination, which for many of us, are not “like a flower easily loosened and removed”, but more akin to “a patch of dandelions whose roots are deep and tangled…growing simultaneously, interweaving and shaping each other as they grow.”

1) The Fear of Failure: in this scenario, a procrastinating part of us steps in to manage or safeguard us against the apprehension of being judged by others, or by our own inner critic.

2) The Fear of Success: sometimes, doing well at something, a part of us may worry, might bring us into contact with other parts of ourselves that we might not like: a competitive part, or a commitment-phobic part, or a workaholic. The success-fearing part of us may worry about hurting others, or inciting jealousy if we draw attention to ourselves and our talents. Or worry that we don’t deserve success, or that success doesn’t fit in with our low-esteemed self image, which we carry around, and/or project into the future for ourselves.

3) The Fear of Losing Control: sometimes the procrastinating part of us may worry that getting things done, on time, and in a way that follows the “rules” (i.e. the social codes and practices for being successful in any field) we may end up being somehow diminished by those rules, and controlled in some way, that the task at hand will turn into a meaningless hoop-jumping exercise. In this way, procrastination becomes a strategy for fighting a battle – “a battle for control [over ourselves and others], for power, for respect, for independence and autonomy”.

4) Fear of Separation or Intimacy: our procrastinating part can also be activated by the discomfort we feel towards personal relationships. We are all working on finding an interpersonal distance to others that feels most safe and comfortable. In doing so, procrastination, in terms of how, when, and the ways we connect with others can sometimes become involved in this subtle dance of Separation and Intimacy.

If any of these deeper emotional roots of procrastination ring true, you might want to think about exploring these further, either in therapy, and/or reading something helpful and thought-provoking on the subject.

In many ways, which is why we love it so, the garden is more tolerant of our procrastinating than our indoor responsibilities (work, social relations). As long as we don’t delay in responding to its fundamental needs (light, water), the plants will more often than not forgive us days, even weeks of neglect. And if not, and they do die, ah the self-effacement and blameless silence of their demise!