Poetry Koan #5: The Many Wines by Rumi Poetry Koan #7: What is the Language Using Us For? by W.S. Graham

Poetry Koan #6: from The Dhammapada by Siddhārtha Gautama

We are what we think.
All that we are arises with our thoughts.
With our thoughts we make the world.
Speak or act with a troubled mind
And trouble will follow you
As the wheel follows the ox that draws the cart.

For we are what we think.
All that we are arises with our thoughts.
With our thoughts we make the world.
Speak or act with an untroubled mind
And serenity will follow you
As your shadow, unshakable.

However many holy words you read,
However many you speak,
What good will they do you
If you do not act upon them?
Are you a shepherd
Counting another man’s sheep,
Never knowing the way?
Read as many words as you need,
write and speak even fewer.
Act upon them as best you can.
Forsaking the old haunts
of desire, displeasure,
despair and delusion.
Know the truth, find your peace.
Share the way. 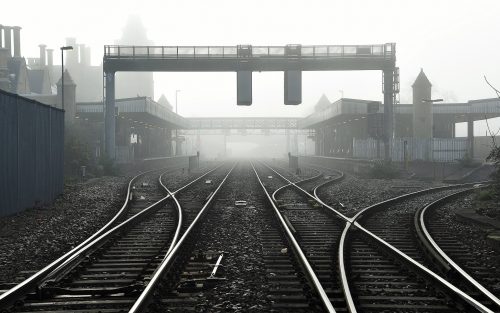 Perhaps the most liberating, therapeutic tool one can use when assailed by misery and miserable thoughts is to notice them, name them, and if they are getting in the way of you living your life to the full, neutralise them.

Neutralise is not to be confused with elimination though. The option of ridding ourselves of thoughts and feelings doesn’t seem to be one we have been granted for our species. The problem is that language neurologically tattoos the mind: “Ba, ba black [ ______ ]”, “Shake, rattle and [____]”, “Today I’m feeling kinda [_____].”

I suspect your mind didn’t fill those three gaps with anything particularly novel, and for the last gap, it was probably, if you were being honest with yourself, a very well-scripted,  oft-sung ditty. Once the thought has been encoded by language, it will be trotted out at any given moment, any kind of “trigger” or association will do.

And who knew this better than our first neuroscientist and psychologist Siddhārtha Gautama, whose sayings and sermons were collected in the Dhammapada two and a half thousand years before Freud, Pavlov, Watson, and Skinner came onto the scene and created what we now call counselling and psychotherapy.

So let’s test Siddhārtha’s hypothesis. Here are a few thoughts circling around my head at the moment.

The more I think about and repeat these thoughts, mantra-like (poem-like?) to myself, the more the world seems to take on the shape of these thoughts. Confirmation bias ensures that my mind starts filtering my experience so that I am only delivered evidence of my current beliefs, and soon behaviour (speaking and acting, but also anything that requires a body to move and engage with my surroundings) follows the mind’s memo. 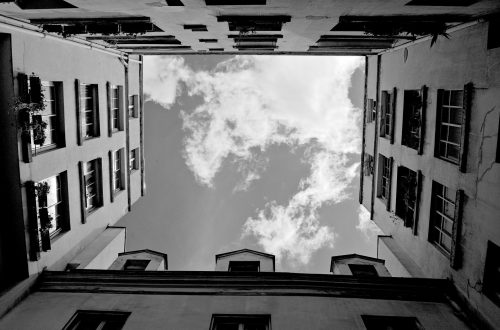 Suffice to say: my mind has no idea why I might be writing a series of tiny essays about the poems I know off by heart, or writing about anything for that matter. There is enough fine writing in this world, my mind informs me, nobody needs another 1000 words from you. Which is 100% true and reasonable. In which case, the mind says, stop writing, stop doing anything you find meaningful even on abstract level, what’s the point?

In fact, the only reason I am writing this is because my fingers are currently disobeying the tutelage of my mind, whether out of habit, wisdom, or just because my fingers don’t have anything more helpful to offer me in my current woebegone state than this.

Before we can disobey our own minds, it seems we have to do some version of these three Ns: noticing thoughts, naming thoughts, neutralizing them. Maybe by virtually placing the following sentence stem: “I’m having the thought that…” before each of my (or your) three most prominent thoughts. That’s a start. Why not give it a go. (No really, give it a go.)

Now read or say those three thoughts aloud again to yourself and see if that provides a little bit of relief. A tad? Not much? Yep, no magic bullets here, sorry. I notice that there is a partial shift in the balance of the sentence, but no, I’m not suddenly doing a little merry jig either. Now add before the previous stem a noticing sentence:

“I’m noticing that…I’m having the thought that…life is inherently meaningless and worth naught.”

Yes, I know it’s kind of naff. I didn’t promise that it would be sophisticated and elegant, but why not give it a go. Where’s the elegance of shoving a suppository up your arse, but we do it if it brings some relief, do we not? 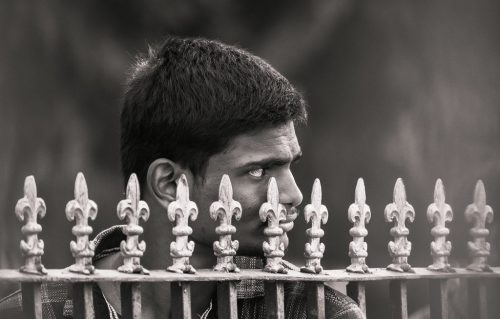 The one thing you should definitely not do is challenge the negative thought (CBT-style), which is why I left all three of the above thoughts hanging around, saying what they need to say. This is because a challenged thought might snap back churlishly with some kind of rant:

“Are you genuinely going to argue for all-shall-be-wellness? Two days ago, the Guardian newspaper changed the guidelines that it uses to report to climate change, updating its style guide to replace “climate change” with catastrophe-looming collocations such as: “climate emergency”, “climate crisis” and “climate breakdown”. So let’s call a completely fucked (eco)system what it is, shall we? Goodbye “global warming”, hello “global heating”. And soon global boiling, burning, and all those other scorching-hot, end-is-nigh, flames of hell, the evangelical preacher probably having the last laugh after all terms.”

Of course the above rant doesn’t really care about the climate crisis. It’s an ecological red herring, which most of the hot air that comes from our mouths tends to be. What the ranting mind really cares about is whether the ego that resides at the heart of its thoughts is being pandered to at the moment, and in what way. Hence my current Morrisey-turn. Well, heaven knows I’m miserable now. Nothing new here, move on. Kindly notice the thought, kindly name the thought, and in the process begin, with as much kindness as possible, neutralizing it. 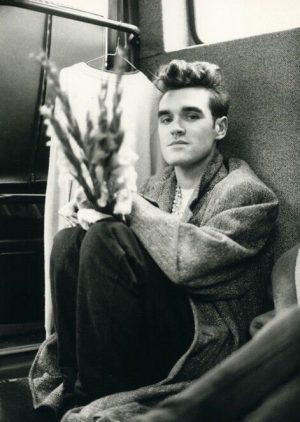 Morrisey, for a while, seemed like he might be our gladioli-waving miserabilist buddha, turned out to be a poster boy for What Goes Wrong when we take our thoughts as unarguable, gold-standard pronouncements on the state of the world and ourselves, and then act (speak) upon them.

He wasn’t helped by the fact that whenever he had a thought (“Nigel Farage might be the Answer”, “London’s mayor Sadiq Khan “cannot talk properly””, or  “Chinese people are “a subspecies”), rather than writing it down for a lost-in-space blogpost, which is where thoughts are generally best stowed, he shared it with a journalist. And then once the thought was out and carried along the retweet-grapevine, he had no excuse but to keep on backing it so as to not lose face. Even though those three incendiary thoughts were probably replaced by their antitheses almost as soon as they fell from his mouth.

Morrissey has always acted and spoken with a troubled mind, often with the desire to provoke, and so it is probably to be expected that Trouble currently following Stephen Patrick Morrissey may look something like the modern muddy groove of wheel following an ox-drawn cart, which is to say: 50,000 social media hanging judges.

However many holy words you read,
However many you speak,
What good will they do you
If you do not act upon them?

I often chastise myself for failing to act upon what I preach. As a sort of self-appointed lay priest (psychotherapists, whether they like it or not, have taken on the moral mantle we used to garb our religious leaders with) how often do I follow my own counsel? Infrequently. Which is why I gratefully share these words from one of my heroes, the biologist Robert Sapolsky, being interviewed for a podcast about the possibility of change (changing our minds, and therefore the world we live in):

“I’m one of those scientist-professor types who’s capable of lecturing on a subject and paying no attention to what I’m saying. Like I’ve spent my whole life studying about the adverse effects of stress on your health and your psyche. And I’m the most frazzled, stressed person around. I’ve gleaned absolutely nothing useful from any of my life work.”