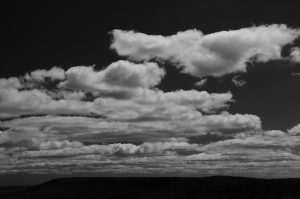 The morning mind is overfull, not sure where to place itself. The poem gives it a place to settle.

As I walk I dictate these notes into my phone, which insists on transcribing the word “poem” as “home”, unless I put a lot of emphasis on the double syllable: po-hem. But is that not what this is all about? A bid to turn the po-hem into a ho-em, a sanctuary? That church or sacred spot where a fugitive might be immune from arrest, where the mind might go to find some form of exoneration or release from the hyper-vigilant, threat-sensing faculties of its limbic system?

What I am doing as I flip through an anthology on the bookshelf looking for a poem I might learn about spring is not that different to someone walking around a given neighbourhood with an estate agent flat-hunting. Coming to a new poem to learn by heart is not that dissimilar to entering a potential abode, a brief tour of each property, trying to get a sense in those first few moments in the entrance hall whether this living space “speaks to you”?

And maybe, as one reads Gerard Manley Hopkins’ Spring, you might think  you’ve found “the place” the heartspace, as you wander around the living room with its large bay windows looking out onto the park:

Nothing is so beautiful as Spring –
When weeds, in wheels, shoot long and lovely and lush;
Thrush’s eggs look little low heavens, and thrush
Through the echoing timber does so rinse and wring
The ear, it strikes like lightnings to hear him sing;

But then, you walk down the passageway to have a look at the bathroom only to discover a dank, dingy, windowless box: walls and ceiling peppered with mould, all clouded, and cloying, and yes, the estate agent admits “sour with sinning”.

Well, I wouldn’t go that far you say, it’s just a manky bathroom, nothing sinful in that. But the word has stuck, and you don’t want to live there anymore.