By Hearting Spring by Gerard Manley Hopkins Experiential Processing in Therapy: some thoughts, and a few examples 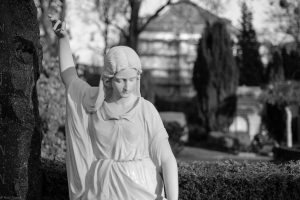 The mind is a lemon squeezer. The poem is a lemon. When you cut a poem open and begin to learn it, pressing the poem into the grooves of the mind, rotating it back and forth in memory until it cleaves to the mind, releasing more and more of its meaning, you get the best of the poem and it gets the best of you.

This requires time and solitude. To commune best with the poem, you must try and find a place away from other poems, other words, ideas, away from the information superabundance and surfeit of phone, iPad, computer screen, and eReader. Think hermit in her cave, think Tenzin Palmo:

I grew potatoes and turnips in the little garden outside. The day was very structured: four times a day I would sit and meditate in a traditional meditation box for three hours, and that’s where I slept, sitting up. (http://www.theguardian.com/lifeandstyle/2009/may/15/buddhist-retreat-religion-first-person)

When you are learning the poem, you are Tenzin Palmo sitting on her meditation box. Forty-five minutes at a time. It is just you and the poem, and whatever the poem elicits from you. That is all.

If ever there were a spring day so perfect,
so uplifted by a warm intermittent breeze
that it made you want to throw
open all the windows in the house
and unlatch the door to the canary’s cage,
indeed, rip the little door from its jamb…

I have been feeling unmoored for a week or so, partially because I haven’t got a new poem to soothingly sink myself into on a daily basis; a wisdom-built container of the mind, one that when I learn off by heart provides a sort of cognitive scaffolding for my harum-scarum head. I’ve been using old poems I’ve learnt as centering mantras, but once they become mantras, they also lose some of their shiny, just-gleaned divination, which I need on a daily basis in order not to feel like an earthbound inert. I need to be new on a day, which means finding some flow, some play. But something gets in the way.

I think it might be the canary in the cage. When I first read the poem, I thought that canary too cute. Oh come on Billy, this isn’t a Warner Brother’s cartoon, it’s a poem fer chrissake! But if you free associate around canaries (canary yellow, the islands, Norwich city football club), you eventually plummet 500 feet underground where you find a miner tending very carefully to his early warning system, a bird he no doubt grows quite fond of after a while, starts treating it a bit like a dog. And like all many mysteries of life this etymologically makes sense: for were these birdies not named after their birthplace, the Latin-derived Insula Canaria (the island of dogs) from whence 17th Century Spanish sailors travelled to these shores?

But I am also thinking about another canary, whistling, fluttering, sometimes shrieking in its cortical cage, that mineshaft much closer to home, at the base of the forebrain. The canary, AKA our limbic system, sit on its brainstem perch, from where it is able to communicate to the rest of the autonomic nervous system, the whole inner-electric landscape of the somatic self.

In my 3D brain app, the limbic system looks a bit like a sleeping turtle dove curled around a bright pink acorn than a canary, even though this part of the brain never ever sleeps.The pink acorn is its thalamus, that sensory switchboard through which everything heard, seen, touched, smelt gets processed. If I see an unfamiliar shape on the pavement, one of my thalamuses sends this information down two quite different paths towards the amygdala. On one path, the alarm goes off WHEEWAH-WHEEWAH-WHEEWAH-WHEEWAH even if nothing is really wrong. But just in case. Just. In. Case.

This route, relaying only a hazy outline, something rat-shaped perhaps, something out of the ordinary, takes 12 milliseconds or less. Depending on the initial perception, the body might be stirred into action here with a tip off to the hypothalamus, signalling threat via autonomic nerves to adrenal glands. Without the first fuzzy snapshot, we would be dead before the second route, travelling more conscientiously towards the amygdala via circuitous, but finely-tuned cortical paths, were able to assess the matter with due care.

If this thalamus-amygdala tripwire is being constantly triggered, you can forget enjoying the cool brick paths and garden bursting with peonies. For every rustle in the bush will be gleaned as a snake, a rat, a tiger (about 1,000 people were killed each year in India during the early 1900s) rather than a little orange-breasted robin foraging for worms. If we’re in a safe place, a good space, a spring day so perfect, we need to find a way to let the anxious canary out of its cage, out of our skulls. But how to do so when the fretful, feathered birdbrain is part of the fittings rather than a portable alarm system?

And the garden bursting with peonies…

How many people, apart from the horticulturally gnostic amongst us, know how to pronounce the word peony?

That this question, googled, brings forth pages of posts from Homesteadingtoday.com, to wiki.answers.com to YouTube, leads me to believe that I am not the only one stumbling over my pronunciation of this flower when it appears midway through Today.

It’s not a particularly likeable word, is it? It feels as if an orthographic virus had secreted itself into the dictionary and spitefully begun inserting random dipthongs into the vocabulary most cherished by four year old girls: words like pony, princess, playdate, and iPad.

It is not also somewhat self-referencing, a meta-virus, having a kind of clanging association to the word “poem”? Or as my four year-old, pony-Princess-playdate-iPad loving niece might call it: a pee-yom. Uncle Steve is learning a pee-yom again. Silly uncle Steve! Could not Maggie’s pee-yom at almost any moment become the pee-ye-nee (stress on the first syllable) in that very poem?

It is a word that has, to my ear, some of the abrupt tonal shifts of Mandarin Chinese or Somali which I physically equate with momentary nausea in a plummeting lift when your internal organs do a little juddering skitter in their visceral environment before settling again: the voice doing a little falsetto trill on the pee, only to fall between the cracks on yah, and the to suddenly dart up again on nee.

Discomforting for the lips, tongue and teeth to pack that all in. But such a beautiful flower.

Why does learning poems by heart feel so good? Maybe because in a mindscape of  superabundance (infinite words and ideas streaming out of our heads and our media devices) to carry on a small 3 x 5 card a single poem, a discourse rorschach, an evergreen outgrowth of the soul, contained on this tiny card, to carry and meditate on the words, to digest them slowly over time to the rhythm of ones feet as you walk along the road, taking in your neighbourhood, the world going on around you, the poem moving along beside you, and the thoughts and associations it generates in your head as you learn, is deeply, deeply satisfying.

This is a satisfaction no longer available to us in the unvariegated too-muchness of the internet, or even from a library, or a bookshop. This is the satisfaction of doing something wholly felicitous, personally meaningful and “complete”, the way you might savour a chilled slice of perfectly ripe mango with a drizzle of lime juice on a sunny day (or any day for that matter).

At that point, it matters not that the mango was picked from a box of a hundred other mangoes, or from one of the thousands of mango trees on the other side of the world. There is no craving for a different or better slice of mango, a fear of missing out, or inadequacy about not having kept up to date with the teeming mango world from which this one was plucked.

Eating (learning) a poem is a bit like this mango moment. It completes a need you maybe didn’t even realise you had in the first place. The pre-mango palate of a child who has only had woody chunks of underripe pear to contend with suddenly comes alive to this. Bliss.