Poetry Koan #7: What is the Language Using Us For? by W.S. Graham Poetry Koan #8: Anti-Ambition Ode by Dean Young

The Feast of Pain byTim Kreider 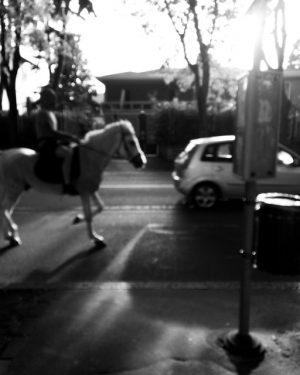 “Last week my friend Mishka and I, out of idle curiosity and a wistful nostalgia for a popular sedative of the 1970s that neither of us ever even got the opportunity to resist the temptation to take, conducted an Internet search for “do they still make ’ludes.” Before we could finish typing the words do they the search engine autofilled: still make quaaludes. I felt a fond affinity for all depraved humanity.

This incident inspired me to enter various other open-ended interrogative phrases into the search engine to see what else it might autofill, as a sort of unscientific cross-sectional sampling of my fellow human beings’ furtive curiosities and desires. Type in why am I and suggestions include: so tired
always cold
so ugly?

Why does produces: salt melt ice
my vagina itch
it snow?

Where is: my refund
Sochi
Chuck Norris?

Why can’t: we be friends
I own a Canadian
I cry?

By the calendar, this long, dark, frigid winter—throughout which temperatures in the Northeast have ranged from cold to butt-cold, occasionally dipping down into what some climatologists classify as “butt-ass cold”—is over. Based on my conversations with everyone from close friends to Santo at the copy shop to total strangers on the subway, it seems as if these five months without light or exercise, all of us scrunching up our shoulders in pain whenever we step outside, holing up in bed and bingeing on Netflix, Jiffy Pop and booze, has left us all at the ends of our respective ropes. Why does it snow? Until by now, at the end of it, I find myself inappropriately cheered by glimpses of my fellow human beings’ despair. My friend Kevin recently sent me an urgent text from a stall of the men’s room at work:

I am pooping at work and there is some guy in here making loud grunting and loud pooping noises AND I THINK HE IS CRYING!

I was filled with a soaring joy. 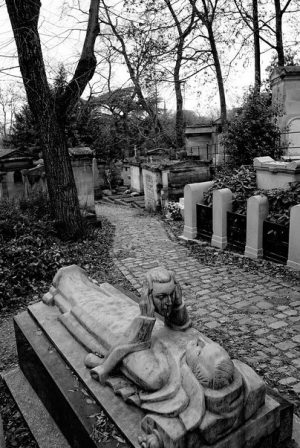 This isn’t exactly schadenfreude; it’s something more complicated for which, as far as I know, there isn’t a German compound, but if there were it’d be something like Mitleidfreude, compassion-joy—compassion in the literal sense of suffering with. It’s the happiness, or at least the consolation, of knowing that things are tough all over. The other morning I heard the guy in the apartment next to mine utterly lose his shit: screaming obscenities, venting insane rage in the way that people only do when they’re yelling at inanimate objects, a tone I know well. Shortly afterward he and I both left the building at the same time, and I saw him standing on the subway platform, to all appearances just another bored commuter waiting for the L train. I alone knew that five minutes earlier he had been out of his mind with psychotic rage. Then I realized that this might well be true of everyone else on the platform. It’s heartening to know that everyone else is doing as badly as I am—all of us secretly screaming, pooping and weeping, googling ’ludes.

I’m not just ghoulishly thriving off of others’ pain; I’m happy to offer up my own, if it’s any help. A friend of mine who lost her father a few weeks ago still lies awake at night sick with guilt, torturing herself by wondering what she should have done differently in his last hours. I ventured to confess, incommensurate though it was to her own grief, that I still wake up in the night panicking that I might’ve accidentally killed my cat with a flea fogger, even though the cat was nineteen years old and obviously moribund. To my relief, this delighted her. She still uses flea fogger as mental shorthand to keep from second-guessing herself into insanity.

Some people—quite a lot of them, evidently—are sustained by the Chicken Soup for the Soul book franchise, heartwarming anecdotes about acts of kindness and decency, forgiveness and redemption. (I am guessing; I’ve never opened one.) De gustibus non est disputandum and all, but, with respect to those who seek wisdom in the book bins of grocery stores, I require something more pungent than schmaltz in my own emotional diet. I never go to see any movie I suspect is a Triumph of the Human Spirit, either. Self-affirmation isn’t nearly as validating for me as the frank acknowledgment that sometimes things just suck.
Not long ago I went to the East Village’s Russian & Turkish Baths with my friend Jenny. People do not look their best coming out of the baths: their faces flushed and puffy, their hair damp and frazzled, any makeup they were wearing freshly boiled off, oils and toxins squozen out of their pores. Jenny looked at herself in the mirror in the women’s changing room, made some half-assed effort at fixing herself up, then sighed resignedly. The girl next to her—who, it’s worth mentioning, was much younger—reproached her in sororal solidarity: “No, you should never do that!” she told her. “We’re all beautiful! You should say to yourself, ‘I am beautiful!’ ” At the very moment my friend was telling me this story out in the foyer to the baths, a woman in her forties or fifties, passing by us, glanced at herself in the mirror and muttered: “Someone should just kill me.” We were speechless with glee.

Earlier that same day I’d seen a guy have a heart attack in my doctor’s waiting room. He hadn’t even come in about his heart: he thought he just had the same lingering winter virus as the rest of us. He looked pretty bad—gray-faced and drenched in sweat—but I just figured, as he had, that he had the flu. But then he stood up unsteadily and told the receptionist: “Listen, I think I’m having a heart attack. Something’s really wrong.” She did not argue. They called 911 at once. I had to gather up the man’s coat and bag for the EMTs to send along to the hospital. As I stood holding them, it was impressed upon me that this guy had not expected to go to the hospital today; this was just another errand on his to-do list before he went to work, as it was for me. As he was wheeled out of the office he was heard to moan: “Oh my God . . . This sucks . . . What the fuck?” Later that night, still a little in shock, I repeated these words to Jenny over Belgian ales. After a moment of solemn reflection, we both broke into shamefaced laughter. I swear we weren’t laughing at him; we weren’t gloating that it was him and not us.I It was that that guy had spoken for all us suffering mortals, cursing feebly against the dying of the light. And we both knew, hearing this litany—Oh my God, this sucks, what the fuck—that when our own turns came to be wheeled away, neither of us was going to have anything more illuminating or dignified to say.

A friend of mine who, as a pastor, has access to a much more privileged vista of human suffering than I do recently told me she was tired of the phrase first-world problems—not just because it delegitimizes the perfectly real problems of those of us lucky enough to have adequate diets and Internet access, but because it denies the same ordinary human worries to people who don’t. Are you not entitled to any existential angst or taedium vitae if you live in Chad? Must you always nobly suffer traditional third-world problems like warlords and malaria? It’s true that when you’re starving or scared for your children’s lives, What It All Means is irrelevant; only once the basics are assured do you get to despair that there’s just no point to anything because you will never ever get to go out with that girl on the subway or you put way too much parsley in the chicken soup and now it just tastes like parsley. These are the horrors you’re spared if you’re abducted into a child army. 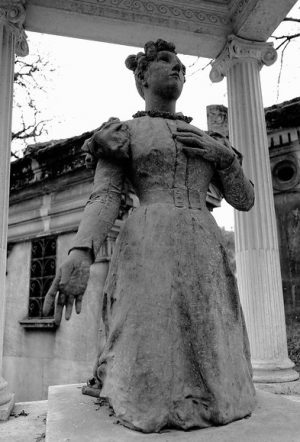 But, if you’re lucky, you graduate up the Maslovian pyramid to increasingly better problems, until eventually you get to confront the insoluble problem of being a person in the world. Even if we were someday to solve all our problems of economics and governance, people would still be unlucky in love, lonesome and bored, and lie awake worrying about the future and regretting stupid things they said in middle school. Utopia will still have forms to fill out, passive-aggressive bureaucrats, broken pipes and cavities, taxes, ads, assholes and bad weather. Time will pass without mercy. We will die. It will suck.

A couple of days ago I got dumped—first-world problem, I know. It’s not as if it’s a heart attack; it’s just a rejection of your whole self by the person who knew you best. Our brief fake-out spring has been temporarily revoked, and it’s raw and wet and cold out again, the wind maliciously splintering umbrellas, mocking our pitiful, spindly defenses. A friend of mine reports she saw people literally screaming today as the wind hit them in the streets, not in pain so much as an extremity of there-is-no-God rage and despair. The problem with breakup talks is that only one of you has rehearsed, or even has a script: the other one just sits there with his mouth open, trying not to cry, saying things like “So, wait—is this a breakup talk?” I’m still trying to reconstruct the conversation, stupidly trying to understand what was said to me, coming up with belated rebuttals. It’s one of those days where you just have to force yourself through the motions, when the accumulated number of times you’ve had to make coffee and brush your teeth in your life seems too much to be borne, and doing the laundry is like cleaning out the Augean stables. You’re like: Someone should just kill me. You sit on the edge of the bed for just one more minute, psyching yourself up to put on the other sock and commence yet another goddamned Tuesday, wondering: Why can’t I cry? Where is my refund? Do they still make ’ludes?”

From: I Wrote This Book Because I Love You