Terra Cognita: The Importance of Being Earnest By Hearting “The Windhover” by Gerard Manley Hopkins (2)

By Hearting “The Windhover” by Gerard Manley Hopkins (1)

By Steve Wasserman On January 16, 2017 · In By Heart, David Foster Wallace, Memory 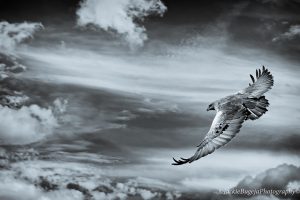 In the first couple of weeks of my By Heart project, I thought I might return to poems I’ve had a crack at learning before, but never giving the memorization process enough time to bed in.

Incompletion creates a certain if-only dolefulness which may trail after you like an incoherent golem pleading through muddy eyes that you finish what you started.

A poem is a particularly potent gestalt, which becomes clear when you swap a few words around in this quote from Margaret Korb:

A poem, and the learning of, is a completed unit of human experience.  It is a unique aesthetic formulation of a whole;   it will to some degree involve contact,awareness, attention, and figure formation out of the ground of my experience;   it arises out of emergent needs and is mobilized by aggressive energy.

One feels the push and pull of contact, awareness, attention, figure and ground, need, aggression ever-so strongly in Gerard Manley Hopkins’ The Windhover.

I was surprised to discover that some of my previous attempts to learn the poem had left faint paths in the neural circuitry, a kind of introceptive deja-vu.

The art of memory, we know from the ancients, is that of “inner writing”, employing places and images to plant and cultivate our memory gardens {{1}}. So even a day or two, ten years ago, attempting to learn this poem by heart must have cleared the beginning of the headspace one needs for a poem (or anything else) to take root.

“It’s a long story, but basically I fell in love with birds….”

I’ve had this line from Jonathan Franzen tickling the fringes of my consciousness for the last few days as I’ve been memorizing The Windhover, so I thought I’d track it down.

It comes from a commencement speech he delivered to the graduating Kenyon Class of 2011 in which he rails (crankily and unfashionably) against techno-consumerism and its effects on the psyche. But he also talks movingly about how he fell out of love with environmentalism, and then was drawn back into its concerns via birds.

His heart in hiding, literally, stirred for a bird:

I did this not without significant resistance, because it’s very uncool to be a birdwatcher, because anything that betrays real passion is by definition uncool. But little by little, in spite of myself, I developed this passion, and although one-half of a passion is obsession, the other half is love.

And so, yes, I kept a meticulous list of the birds I’d seen, and, yes, I went to inordinate lengths to see new species. But, no less important, whenever I looked at a bird, any bird, even a pigeon or a robin, I could feel my heart overflow with love…..

My love of birds became a portal to an important, less self-centered part of myself that I’d never even known existed. Instead of continuing to drift forward through my life as a global citizen, liking and disliking and withholding my commitment for some later date, I was forced to confront a self that I had to either straight-up accept or flat-out reject.

Which is what love will do to a person. Because the fundamental fact about all of us is that we’re alive for a while but will die before long. This fact is the real root cause of all our anger and pain and despair. And you can either run from this fact or, by way of love, you can embrace it.

Five years previous to this speech, and only three years before tying his own wrists with duct tape and hanging himself from the patio roof rafter in the rear yard, David Foster Wallace had also stood on that Kenyon podium and brain-jammed, as only he could, about “the bullshit-y conventions” of US commencement speeches as a genre, why the liberal arts cliché (still) matters, and the importance of bracketing one’s skepticism against “the totally obvious”. You might rather fashionably call it a down and viscerally dirty talk about what would become that most hallowed of late-noughties notions: Mindfulness.

The two speeches are also the two sides of Hopkins, which only adds to his charm. For Hopkins is never only the ecstasy-imbibing Jesuit skipping over hill and dale in his cassock and sandals, head flung back to the Great Beyond, heart hinged canyon-wide open.

No. Even in this most delirious and rapture-filled of Hopkins’ poems, heavy despondency (“sheer plod”) and vortex-like, raging despair (“fall, gall themselves, and gash gold-vermillion) rip through the sweep and swoop of his elation.

And maybe, to engage for a moment, in another bullshit-y liberal arts cliché, maybe he could only get that high because he knew what it means to be really low. Which makes me feel that in order to keep faith with both Kenyon speeches, with both Franzen and Foster Wallace and their equally splendid world views, I need to learn in tandem with the Windhover, one of the so-called Terrible Sonnets too. Maybe this one.

But I’ll give the last word to Franzen, because his “way” has kept him alive, whereas David is now dead, dead, dead. If we want to stay alive, as in not-dead-alive, but also as in not-depressed-alive maybe there’s something to be “learnt” or at least valued from the passage below.

David wrote about weather as well as anyone who ever put words on paper, and he loved his dogs more purely than he loved anything or anyone else, but nature itself didn’t interest him, and he was utterly indifferent to birds. Once, when we were driving near Stinson Beach, in California, I’d stopped to give him a telescope view of a long-billed curlew, a species whose magnificence is to my mind self-evident and revelatory. He looked through the scope for two seconds before turning away with patent boredom. “Yeah,” he said with his particular tone of hollow politeness, “it’s pretty.” In the summer before he died, sitting with him on his patio while he smoked cigarettes, I couldn’t keep my eyes off the hummingbirds around his house and was saddened that he could, and while he was taking his heavily medicated afternoon naps I was studying the birds of Ecuador for an upcoming trip, and I understood the difference between his unmanageable misery and my manageable discontents to be that I could escape myself in the joy of birds and he could not.