By Hearting “The Windhover” by Gerard Manley Hopkins (2) 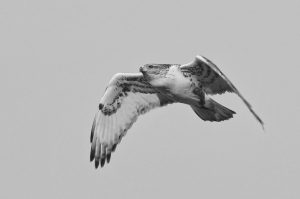 Just look at the diaries written by his 19 year-old self, packed with logophiliac scribblings, alive to the onomatopoeic connections between words and visions. He’s  like a Victorian Gertrude Stein hoarding his tender buttons:

Crook, crank, kranke, crick, cranky. Original meaning crooked, not straight or right, wrong, awry. A crank….which turns a wheel or shaft at one end, at the other receiving a rectilinear force. Knife-grinders, velocipedes, steam-engines etc have them. Crick in the neck is when some muscle, tendon or something of that sort in the neck is twisted or goes wrong in some way….Cranky, provincial, out of sorts, wrong.

“He was clearly working on the notion,” writes Robert Bernard Martin, “that sound and meaning are yoked by a psychological association considerably deeper than mere onomatopoeia or alliteration”.

A few years later, writing about dreams in a way that deliciously prefigures Freud, Hopkins notes that the connection between dreams and waking life is not a direct one, but may be “capricious, almost punning”. As are the many connections he forges, or we impute in his poems.

Before attempting my first reading/recording of the poem there were certain words I worried that I might not pronounce “correctly”: dauphin, bow (as in “flow” or “how”?), chevalier, and even windhover. For some reason, I’ve always pronounced the “over” as in “over there”.

And what about off? As I started reading the poem aloud my ears remembered that of course the recidivist South African accent carried within my voice like a shaming albatross means that I still can’t say off (/ɒf/) as in doff  but produce it more like “orf” (/ɔːf/) as in awful.

“Jolly good thing too,” I hear my oldest friend The Therapist whisper in my ear (though he doesn’t talk in this mannered, fruity Wodehousian way at all). “It sounds better with the “orful” accent, old boy. You get the aw-aw-aw innards-rhyme-”

“No I mean INNARDS! Orf, orf, forth on swing! Aw-aw-aw. Like the barking of a crow or a seal.”

As disaffected teenage flâneurs (though we weren’t alas flâning down Parisian rues, or even London streets, but rather the all-too civil parish of Verwood  et ses environs*, The Therapist and I would have many an argument about the pronunciation of words.

His default mode was to pronounce a new word he’d read that morning as he felt it ought to be sounded. If that ought extended to voicing the “far” in nefarious as “far” rather than “fair”, well so bloody well be it.

*Yes, that’s right, we were actually walking, screen-grazers, to-and-fro, to-and-fro. I think my preference was for The Meadow Way route (no meadows, just unremarkable detached and semis, as were we), but The Therapist might have done Owl’s Road when he came to visit. These footnotes become important in the annals of memory. Memories themselves being footnotes to the present: sometimes usefully supplemental, other times tangentially deluded or compulsive.