By Hearting “The Windhover” by Gerard Manley Hopkins (2) Connected/Disconnected

By Hearting “The Windhover” by Gerard Manley Hopkins (3)

By Steve Wasserman On January 21, 2017 · In By Heart, My koans, No Worst, There Is None, Semiotics, The Windhover 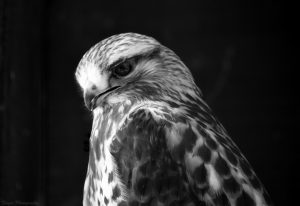 There is an approach to reading (broadly speaking Structuralism, or Literary Semiotics) that goes something like this: the words on the page are all, and any biographical information/speculation (either about your own life, or about the writer’s) only stands in the way of getting to the arbitrary heart, the clever-whateverness of the text.

To some extent, this is true.

When I’m wrestling with a line like “No wonder of it, sheer plod makes plough down sillion shine”, it’s probably more useful for me to know what sillion is, and then to work out it’s relation to “sheer plod” rather than catapulting forth an idea of how and why Hopkins plodded through life, or where he first saw sillion ploughed. Did he ever plough himself, other than through lines of poetry on a page? Even without Google, the music of the word already carries much of the muffled gleam of that tongue-lolling word.

Farmdirect.co.uk, usefully and refreshingly answers this question. They would know, I guess. More so even than 34 poesy-lovin’ commentators on a blog. Such is the power of technology: a “real” farmer poking through a screen-hedge, happy to tell you about sillion, which in fact, doesn’t appear to exist other than inside this poem, and its commentary. Robert MacFarlane uses the word in an essay about the Fens, but even he, you can tell from the syntax of the sentence, is referencing GMH.

The hardcore Semiotician would say: “It doesn’t really matter, either way. Everything means something/nothing to me.”

But of course it does (matter). Or rather: it matters, only inasmuch as it matters to what you can draw from the poem that is pertinent and meaningful to you and whatever you’re grappling with in your life at the moment. If the poem doesn’t reflect, even very tangentially, something you’re grappling with, none of that grapple will transfer to the poem itself, and you’re probably not going to have much interest in the words on the page. That’s what “liking” or “not liking” a poem really means.

To designate relations between one signifier and the next simply in order to impress upon your reader that you’ve read Saussure, Lacan, or Foucault makes for pretty arid reading and writing. So goodbye, I say, to 99% of “academic” criticism, and hello sensitive, personal  reader-responsiveness (which I think is what we’re trying to do here, and here, aren’t we?).

Learning a poem is a bit like falling in love with someone you’ve never met before (social media and Internet Dating now encourage us to do this all the time). Surely you’re going to be all Google-curious as to finding out what relation your love-object’s “real life” might bear to their “page/onscreen” persona? It’s only natural.

I wanted to know what it was like, and why, Hopkins trained and worked as a Jesuit priest. So I read the inquisitorial sounding Gerard Manley Hopkins: A Very Private Life rather than a book of literary criticism.

The following tidbits are what I jotted down whilst reading. They’ve helped me to live the poem more fully.

1) No wonder of it: Upon entering the novitiate at Manresa, each novice was issued with a “hat and ancient sleeveless, knee-length gown, so stained and worn with age, that many of their wearers remembered their distaste until the end of their days.” These were particularly “repugnant” to Hopkins, Martin suggests, as in his pre-Jesuit life he was something of a dandy. He probably also would have been dwarfed by his habit, being of a very small frame.

2) Sheer plod: Daily routine was as follows -5:30 Rise. 6:00 Chapel and meditation.  7:45 Breakfast. 8:30 Reading Rodriguez on Christian Perfection. 9:00 Learning by heart Instructions on the rules of the Society + bed-making and daily chores. 10:30 Free time for walking, praying, reading a (spiritual) book. 11:30 Manual work (weeding, sawing logs etc.) in the grounds. 12:30 Chapel for examination of conscience and prayer. 1:00 Dinner. 1:45 Quick visit to chapel. 2:00 ‘Recreation’. 3:00 Either more domestic or manual work, or a two hour walk with a companion assigned to you on a random basis. Occasionally cricket or football.  6:00 Chapel (meditation and prayer recitation), and free time. 7:30 Supper. 8:00 Recreation (some of which had to be conducted in Latin). 9:00 Chapel and preparation for the next day’s meditation. 10:00 Examination of conscience and lights out.

Imagine doing this everyday for the rest of your life. This really does read like sheer, sheer plod. Other times: the bliss of codification, regulation, and control.

3) Makes plough: Don’t even think about it. The novices were given “modesty powder” for their baths to make the water opaque.

4) Down sillion: Hopkins suffered from chronic diarrhoea. In 1872 he had to have a haemorroidectomy, and five years later, a circumcision due to ulceration following on from painful phimosis and balanitis. When his body wasn’t “naturally” tormenting him, he was encouraged to flog himself daily with a “discipline”, or wear a cilice: “a neat contraption of wire, horse-shoe links with points turning inwards, which you strapped around your thigh next to your skin. The pain, which was dulled at rest, became intense when the leg was flexed or accidentally brushed against the seat of  chair.”

3) Shine: The rutting stags in Richmond Park “kept the novices uneasily awake during the mating season”. We are all prey to gravity the egg shell on my patio reminds me.

Seen from above, it resembles more a bleached planet varicosed over with blood-red Martian canals.

It was  shucked off  (I hope) by a hatchling, now safely nested with siblings, awaiting worms. But as there are no trees above, it’s probably more likely that this one got eaten by something big and hungry.

If I needed a more graphic SPLAT to drive the point home, it’s awaiting me later on in the day, walking home from the supermarket, the chick-corpse a discarded red blob of leaf-like matter to one side of the humpty-dumpty mayhem.

So no wonder of it that we like activities in which we feel we’re escaping gravity, activities which push out out beyond ourselves (writing, flying, sex, eating, talking, singing). Only in those moments of physical and neurological “flow” does gravity seem to release its hold on us.

As I finish the week with these two poems in my heart, I feel them embodying this gravity-dilemma.

Hopkins tries to “catch” the falcon with words (and does, in a way, by “inscaping” it), the poem embodying the bird’s and his attempt to escape the pull of gravity. For a line or two, they do it,  riding-striding, ringing-swinging in their hurl and gliding. But gravity reasserts itself with the fallen-gallen-gashed “plod” at the end of the poem, a terrain also weighing down the “terrible” sonnets.