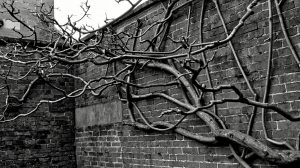 Anxiety is a complex emotional response that’s similar to fear. Both arise from similar brain processes and cause similar physiological and behavioral reactions; both originate in portions of the brain designed to help all animals deal with danger.

Fear and anxiety differ, however, in that fear is typically associated with a clear, present, and identifiable threat, whereas anxiety occurs in the absence of immediate peril. In other words, we feel fear when we actually are in trouble—like when a truck crosses the centre line and heads toward us. We feel anxiety when we have a sense of dread or discomfort but aren’t, at that moment, in danger.

Everyone experiences fear and anxiety. Events can cause us to feel in danger, such as when someone steals our wallet on the tube, or when we see a strange dog bounding toward us. Anxiety arises when we worry about the safety of a loved one who’s far from home, when we hear a strange noise late at night, or when we contemplate everything we need to complete before an upcoming deadline at work or University. Many people feel anxious quite often, especially when under some kind of stress. Problems begin, however, when anxiety interferes with important aspects of our lives. In that case, we need to get a handle on our anxiety and regain control. We need to understand how to deal with it so it no longer limits our lives.

Anxiety can limit people’s lives in surprising ways—many of which may not seem to be due to anxiety. For example, while some people are plagued by worries that haunt every waking moment, others may find it difficult to fall asleep. Some may have a hard time leaving home, while for other individuals a fear of public speaking may threaten their job. A new mother may have to complete a series of rituals for hours each morning before she can leave her child with a sitter. A teenage boy may be haunted by nightmares and get suspended for fighting in school after his home has been destroyed by a tornado. A plumber’s anxiety about encountering large spiders may reduce his income to a level that won’t support his family. A child may be reluctant to attend school and unwilling to talk to her teachers, threatening her education.

Even though anxiety has the power to rob a person of the capacity to complete many of the basic activities of life, all of these individuals can return to fully engaging in life. They can understand the cause of their difficulties and begin to find confidence again. This understanding is possible thanks to a recent revolution in knowledge about the brain structures that create anxiety.

In the past two decades, research on the neurological underpinnings of anxiety has been conducted in a variety of laboratories around the world (Dias et al. 2013). Research on animals has uncovered new details about the neurological foundations of fear. Structures in the brain that detect threats and initiate protective responses have been identified.

This research has revealed something very important: two fairly separate pathways in the brain can create anxiety. One path begins in the cerebral cortex, the large, convoluted, gray part of the brain, and involves our perceptions and thoughts about situations. The other travels more directly through the amygdalas, two small, almond-shaped structures, one on each side of the brain. The amygdala (generally referred to in the singular) triggers the ancient fight-or-flight response, which has been passed down virtually unchanged from the earliest vertebrates on earth.

Both pathways play a role in anxiety, although some types of anxiety are more associated with the cortex, while others can be directly attributed to the amygdala. In psychotherapy for anxiety, attention has typically been focused on the cortex pathway, using therapeutic approaches that involve changing thoughts and arguing logically against anxiety such as CBT. However, a growing body of research suggests that the role of the amygdala must also be understood to develop a more complete picture of how anxiety is created and how it can be controlled. Controlling amygdala-generated anxiety cannot be done with cognitive tools, which is why you might have tried CBT for your anxiety in the past and found it unsuccessful. In my practice, when working with anxiety, I find it very useful to first of all understand the dynamics of your anxiety before looking at treatment options.

The Cortex and the Amygdala

Approaches to treating anxiety that target the cortex pathway are numerous and typically focus on cognitions, the psychological term for the mental processes that most people refer to as “thinking.” Thoughts originating in the cortex may be the cause of anxiety, or they may have the effect of increasing or decreasing anxiety. In many instances, changing our thoughts can help us prevent our cognitive processes from initiating or contributing to anxiety.

Until recently, treatments for anxiety were less likely to take the amygdala pathway into consideration. The amygdala is small, but it’s made up of thousands of circuits of cells dedicated to different purposes. These circuits influence love, bonding, sexual behaviour, anger, aggression, and fear. The role of the amygdala is to attach emotional significance to situations or objects and to form emotional memories. Those emotions and emotional memories can be positive or negative.

We humans aren’t consciously aware of the way the amygdala attaches anxiety to situations or objects, just as we aren’t consciously aware of the liver aiding digestion. However, the amygdala’s emotional processing has profound effects on our behaviour. In our therapy sessions together, we would need to consider the ways in which the amygdala is at the very heart of where the anxiety response is produced. Although the cortex can initiate or contribute to anxiety, the amygdala is required to trigger the anxiety response. This is why a thorough approach to addressing anxiety requires dealing with both the cortex pathway and the amygdala pathway.

Our sessions together would partly be about understanding the different ways the pathways work, both separately and in conjunction with one another. Once you have a good foundation in how each pathway creates or enhances anxiety, we’ll teach you specific strategies to combat, interrupt, or inhibit your anxiety based upon what you’ve learned about the circuitry in your brain, taking into account strategies you can use to change the amygdala pathway, as well as strategies to change the cortex pathway in order to help you live a more anxiety-resistant life.

In my next post, I will look at how you can get a sense for which pathway generates the greater part of your anxiety.