By Steve Wasserman On December 31, 2018 · In Emotion Regulation, Feel Better 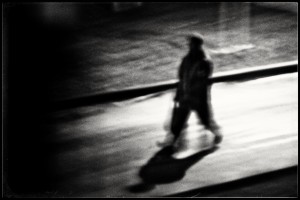 As soon as Charlie sits down, I can tell that he’s feeling a little bit “off” today.

I ask him to go into his body and he describes a tightness in his chest, a nervy, fidgety feeling in the rest of his body, racing thoughts veering towards the Annoyed/Apprehensive/Pensive petals of Robert Plutchik’s Wheel of Emotion. In common parlance, he’s feeling shitty. In psychological parlance something has gone awry in his mind-body self-regulation mechanisms, a homeostatic glitch, with the result that his subjective well-being seems to have taken a hit.

A number of factors may have contributed to him feeling this way: eating late as well as haphazardly last night; not getting out of bed straight away, spending a few hours faffing around with social media and  apps. This somehow resulted in the rest of morning coming apart at the seams, with him doing “some half-arsed yoga practice instead of my usual dedicated stretch”, the dishes still unwashed, and breakfast eaten much later than normal. Other considerations (?): the weather (cloudy); a podcast documentary about loneliness that he listened to whilst doing his subpar yoga. Regardless of the reasons for why he is feeling this way, the only thing that really matters to Charlie is that he is feeling a little bit off. And that doesn’t feel good.

As he details his offness and reasons for, he also feels a stab of guilt for even focusing on the minutiae of his inner world in this navel-gazing manner. But lest his Inner Critic or yours get too judgemental towards him, let’s just remember that this dynamic state of equilibrium for optimizing physical and mental functioning is a game we all play with ourselves on a daily basis. It might in fact be the only game in town. For whether we’re consciously aware of it or not, everything we do, think, feel, or imagine, on any given day is in the service of emotional-regulation, which is to say turning our “off” states into more “on” ones. And most of this inner-switch twiddling isn’t even under our control.

Take core body temperature. As a mammal, our bodies function best around the 37º C mark. Just a few degrees higher or lower than this core temperature signals to us, as well as anyone else who might care to notice, a problem or even some kind of malfunction. In order to maintain the correct temperature, our bodies employ a number of automatic thermoregulatory systems (evaporative cooling via sweat, the constriction or dilation of blood vessels, shivering and hair follicle activity) as well as allostatic behaviour, which is to say, self-regulated actions such as putting on or taking off a sweater, drinking hot or cold liquids.

If we consider for a moment how hard our bodies work, which is also to say,  how hard we work just to maintain our core temperature at 37º C (which is only one aspect of our physiological homeostasis, albeit a crucial one) is it really any surprise that everything considered essential to being human, our various religious systems, philosophies, psychotherapeutic modalities, and cultural expressions, as well as all the physical arts packaged as medicine, diet and fitness, are also contributing to this homeostatic regulation. And it all starts as it does for Charlie and you and me today from a subjective reading of our own well-being: “How am I feeling at this very moment? And what about now? And now?”

What this also means is that the ways in which we self-regulate our inner-worlds, either automatically or deliberately, including the act of putting these thoughts into words on a screen, is really the most important thing we can be doing as living creatures. Not wanting to overstate matters: it’s how we keep ourselves alive, as well as (seemingly) moving forwards in the story of our own lives. To fail in this pursuit, is to either feel “off” temporarily, or even to the point where that momentary perception solidifies into a diagnostic category (Depression, Anxiety, BPD) and we feel stuck in whatever our flow of experiences are serving up to us on a daily basis. It is sometimes at this point that people come to consult with me in my role as a psychotherapist.

What strategies do we have at our disposal for getting back to feeling OK in those moments when we’re feeling off? We could go for a walk, or do some yoga, or do some other kind of physical practice which will change the chemistry of our bodies and minds. We could eat or drink something. Something comforting and relatively nutritional, or something that is predominantly consumed for its psychoactive properties such as coffee, or tea, or alcohol.

And of course as soon as one begins devising a list of psychoactive or psychotropic substances, the boundaries begin to blur. Are a couple of chocolate digestive biscuits, dunked into a malty cup of Assam tea with lots of milk to be seen predominantly as a nutritional pleasure, or are the very ingredients that make these substances comforting, such as sugar, as psychoactive in their effects as cannabis, alcohol, opioids, or stimulants?

What to do to help ourselves feel better. This is something I’d like to focus on in the following series of posts.