By Steve Wasserman On October 11, 2016 · In Feel Better, Generativity, Nature, Success, Things My Garden Has Taught Me 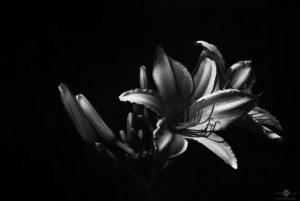 Why did I ever doubt I’d get flowers from Jenny?

Aster Novi Belgi Jenny, who after three seasons of growth, is only just now, as you can see, on the verge of bursting forth with an abundance of semi-double, purple-pink flowers.

Being a “Michaelmas Daisy” (a “Fall Aster” in North American circles), perhaps I shouldn’t be so surprised that just when sun-coaxing days are waning, Jenny come out to play.

What causes one plant to flower in July and another in October? Never having asked this question before, I discover that it all rests with a single regulating gene, APETALA1 (AP1). As long as the plant has a certain number of leaves and a total biomass conducive to supplying the energy required for flowering, AP1 begins to express itself.

It does so onto the blank canvas called the meristem, a mass of undifferentiated cells capable of producing shoots, roots, or blooms. Taking its cue from salutary environmental factors such as warmth, and light, a cascade of sequential gene activity is thus initiated, helped along by a good dose of gibberllin hormones, which eventually results in the soul-pleasing forms we call flowers.

In the most literal sense of the word, Jenny is a late-bloomer, although horticulturally speaking she is an as-expected-bloomer. Whereas I am still waiting on a bunch of very leafy perennials planted out at the beginning of the year who were expected to flower over the summer but as of yet haven’t. Like Lychnis Coronaria (Rose Campion), the Toyah Willcox of pink perennials, who so far has pleased me with her grey, fleshy foliage, but no sign of punky efflorescence. Or Heuchera Ruby Bells, whose pretty lobed leaves almost make up for her complete lack of blood-red floral bells. One I’m not at all happy with is Knautia macedonia ‘Melton Pastels’, whose long, bushy leaves annoy me every time I walk past them, inelegant space-taker-uppers that they are. It’s personal with us and our gardens, isn’t it? Sometimes, surprisingly so.

The fact that I am perplexed, disappointed, even annoyed by these late-bloomers points to an internalised notion we all carry around with us about when our own APETALA1 gene (ASUCCESS1?) should be expressed, and what we and the world are expecting ourselves to deliver. If we came in seed packets, these expected maturational milestones, the various flowerings of status, relationship, and career successes would be very clearly written on the back of the packet, so that parents, teachers, friends, but most of all we ourselves, would know if we’ve hit our maturational markers at the age we were meant to.

The human equivalent of these seed-packet benchmarks has come to be known as “social timing”: age norms that prescribe the timing of events, roles, and relevant expectations and beliefs about our life-course. Social norms being as powerful as they are, research has shown that “the experience of positive morale, or life satisfaction, is significantly determined by the sense of being on time for expectable role transitions or life changes.”

So what happens when we feel we’re not on time? What happens when we’ve planted all our seeds, but none of them seem to be blooming? Do we decide to pull the plug on the whole endeavour, just like I’m thinking of removing Knautia macedonica from its prime spot in sunny, south-facing borders so as to provide an opportunity for a flowering plant that, well, flowers.

This is what a number of people who sit on the couch before me in our therapy sessions take it upon themselves to do internally: criticising themselves up for not having bloomed to the extent, or in the same way that others around them (or in their Facebook feed) have. Occasionally this inner-demolition job can look like a form of self-harm, or even verge on suicidal uprooting.

So what to do if you suspect you might be a late-bloomer, or even fear ending up as a no-bloomer like Knautia? Well, first things first, perhaps it’s good to recognise that plants only have one way in which to be generative, whereas we have hundreds of channels to work through. Either communal (nurturing, care for others), or agentic (creative endeavours, certain forms of leadership, entrepreneurial activity, scientific achievement).

Framing it in this way, can make generativity/blooming sound like a BIG endeavour, when in fact it can be quite small, although equally beautiful and meaningful in those dimensions. Check out this Generative Behaviour Checklist for example if you’d like expand your notion of what human-blooming/generativity can also entail: telling somebody about your childhood; reading a novel; picking up litter on the pavement; donating blood; and of course “planting or tending a garden, tree, flower, or other plant”.

“The logic of worldly success rests on a fallacy,” wrote Thomas Merton in The Seven Storey Mountain, in 1948, outlining a situation even more prevalent today where we all subscribe to “the strange error that our perfection depends on the thoughts and opinions and applause of other men! A weird life it is, indeed, to be living always in somebody else’s imagination, as if that were the only place in which one could at last become real!”

We can also learn something about human blooming and generativity from the “abominable mystery” of flowering plants, to use Darwin’s phrase in writing to John Dalton Hooker in 1879 about the evolutionary conundrum of angiosperms (flowering plants).

Darwin was perplexed by the fact that about 200 million years ago in the middle of the Cretaceous period, the non-flowering gymnosperms seemed to suddenly diverge into what we now know as angiosperms, diversifying like billy-ho into a  seemingly endless variety of shapes and sizes. This seemed to fly in the face of the laws of natural selection written up in The Origin of The Species, those “slight, successive, favourable variations…no great or sudden modification”, and only in “very short and slow steps.”

It would take a few hundred years and The Amborella Genome Project to work out what had occurred in that moment of ancestral diversification. Essentially: a mistake. Resulting in a mutant genome doubling episode. As Colin Barras explains:

“Genome doubling occurs when an organism mistakenly gains an extra copy of every one of its genes during the cell division that occurs as part of sexual reproduction. The extra genetic material gives genome doubled organisms the potential to evolve new traits that can provide a competitive advantage. In the case of the earliest angiosperms, the additional genetic material gave the plants the potential to evolve new, never-before-seen structures – like flowers. The world’s flora would never be the same again.”

Is not the production of a Shakespeare or Mozart akin to a similar phenomenon on a human scale? When it comes to our own generativity, we might also realise that these kinds of mutations can occur later in one’s life too. Sometimes cued by changes in our economic conditions, cultural norms, social change, historical events, and even chance happenings, as was the case with Amborella trichopoda.

Take Joss Rossiter, whose artwork hangs in my consulting room. Joss never considered herself an artist through her career as a teacher, her generativity was almost wholly communal as opposed to agentic. But then a near-crippling back injury in her late 50s, followed by major surgery and slow painful recovery led her to taking up art materials as a therapeutic outlet, and what followed was a new career as painter – her work now selling and appreciated internationally.

Had you told her that she would need to come close to being wheelchair-bound in order to discover and this new avenue of generativity, one which now carries her through what can be for many the stagnant waters of retirement, would she have voluntarily signed that pact with the devil? Such was the life-course setback which actually turned out to be her life-course saviour, arriving, as they often do, in disguise.

Dan McAdams who has written a lot on this topic, points out that this dilemma of modern identity is “fundamentally a problem in storytelling”: the story we tell ourselves about our place in the world.

So we must pay attention to how we fashion these narratives about how we acknowledge and seek intrinsic meaning and value in our lives, as these stories can reflect back to us a sense of well-being and contentment if skilfully told.

In this way, it is also fundamentally a question of perspective. Therapy and self-reflection can help us see that, but so can expanding our generative behaviours. Don’t believe me? Well, why not pick one activity from the GBC  and give it a go. My gardening obsession started in this way. A seed of an idea planted three years ago. And just look what has grown from it.