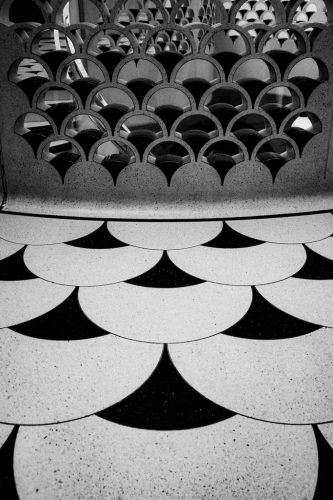 I am telling an African-American poet about my love of Wallace Stevens when she gently wonders what my thoughts are on Stevens’ racism. At the 1952 National Book Awards banquet, Stevens seeing Gwendolyn Brooks arriving at the ceremony allegedly said, “Who let the coon in?”. He also referred to his own poetry as “like decorations at a nigger’s funeral.” And that’s just for starters.

I wasn’t aware of Stevens’ racism. It doesn’t really come as a great surprise though if you consider his social background and the era in which he lived, but that doesn’t get him or me off the hook. What do you do if you’ve memorised a whole number of poems by someone who was probably, occasionally, unacceptably odious in speech and behaviour?

I suspect that all our heroes have a good deal of clay in their feet, that even the people we would least expect to hear callous and cruel words exiting from their lips would have, at certain times in their lives, said some pretty mean and petty things. I also suspect that most of the 20th century male poets I have spent weeks memorising were by and large racist and misogynistic, looking back as we now do through slightly more woke spectacles. But that doesn’t let them or me off the hook.

I wonder if I would have learnt by heart the following Stevens poem, as monumentally wonderful as it is, had it been written by Adolf Hitler, or Osama Bin Laden? Probably not. Or what if Hitler or Osama had produced the wonderful paintings we attribute to Van Gogh? Would any of those be hanging in National Collections in the 21st century. Probably not.

Which is to say that it is probably best not to know too much about the people who create our solace-filling poem-prayers for us. I often think about some Leonard Cohen lines from his song The Future when I see fundamentalist Christians waving around the good book as backing to their misguided beliefs about homosexuality or feminism:

You don’t know me from the wind
You never will, you never did
I’m the little Jew
Who wrote the Bible 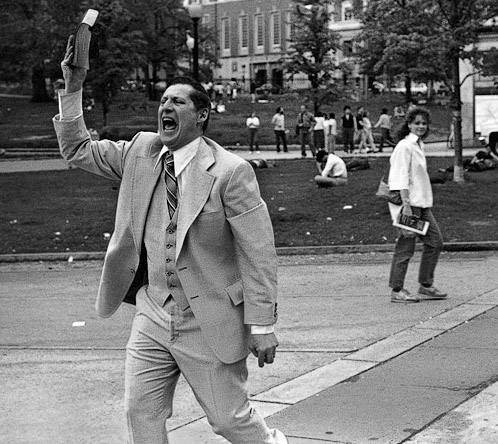 Because that is who wrote the Bible, red-faced homophobic fundamentalist preacher man: a flawed, pint-sized human being who probably wouldn’t, orcouldn’t say boo to a ghost. A little man belonging to a small tribe of monotheistic wanderers who thought: “Because I feel so small and insignificant, what can I do to exalt myself and my tribe above all others tribes?”

Today that guy would be working Instagram like nobody’s business and hopefully spare us his biblical musings, but back then (and still now) if you wanted to be seen as a somebody you had to get a book out, right? That little Jew wrote a book called The Bible in which an all-knowing, all-seeing, all-creating Deity creates a whole race of human beings just like this shmuck (exhibit no. 1: Adam) and then tells them: “I’m going to make things really really hard here for you on earth. But in recompense, you can wander around forever more telling yourself this story: that you’re very, very, very special. For you are The Chosen People. Rejoice!”

And I think that’s what this poem is about in a way too. Not about being Chosen People, but about how important the stories we tell ourselves (about ourselves and others) are. Just for fun take any story, any story you care deeply about (political stories like Brexit, your religious faith, the story of your life) and step outside it just for the time it takes you to read this sentence: could not the same core elements that make up your version of this story be rearranged in a dozen different ways to create a completely different, maybe even 100% contradictory story to the one you tell yourself? 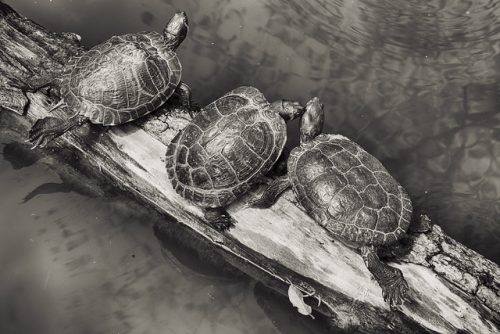 I often tell the story of my exile at the age of 15 from my homeland (my childhood Garden of Eden?) as a tragic one which impacts me to this day in areas where I struggle the most, especially those to do with social confidence. But I’m also aware, and not devaluing in any way, the difficulty of that migration. Indeed my tragic story could be reconfigured as a comic one or as a hopeful, life-affirming bildungsroman. I’m working on those versions, thought my mind still gravitates towards the Tragic Version of events – minds seem to have a habit of doing that.

All I’m saying here is that it is often “for small reason” (but notice how tenaciously we cling to the small reason) that one story gets more airplay than another. One story, one tribe, one idea becomes “the ultimate good” when in fact, as Gwendolyn Brooks reminds us in “truth“, closing ourselves off to the truth of another perspective, a different version of our story, remaining instead in “the dear thick / shelter / Of the familiar /Propitious haze” rewards us with a good deal of negative reinforcement. That is to say if we take “the other story” to be something we don’t want to hear (an aversive stimulus, in behavioural terms), then telling the story I do want to hear as the only one worth hearing, “the ultimate good”, then we avoid discomfort.

I tell myself and cling to one story when it comes to relating how I arrived in England partly in order to avoid the uncertainty of a contradictory story (the aversive stimulus) meddling with the stability of my “truth”. And by truth, I mean here what Stevens in this poem calls “the ultimate good”.

Final Soliloquy of the Interior Paramour

Light the first light of evening, as in a room
In which we rest and, for small reason, think
The world imagined is the ultimate good.

This is, therefore, the intensest rendezvous.
It is in that thought that we collect ourselves,
Out of all the indifferences, into one thing:

Within a single thing, a single shawl
Wrapped tightly round us, since we are poor, a warmth,
A light, a power, the miraculous influence.

Here, now, we forget each other and ourselves.
We feel the obscurity of an order, a whole,
A knowledge, that which arranged the rendezvous.

Within its vital boundary, in the mind.
We say God and the imagination are one…
How high that highest candle lights the dark.

He is right though, WASPy racist that he probably was, this (the poem, the reciting of it on a daily basis) is the intensest rendezvous. Maybe because it speaks to our deep collective yearning for existential orientation, coherence and understanding. Which is why learning it by heart “works” (consoles, soothes, excites, stimulates). Even if just for a minute or two, when we wrap the poem around us like that wonderfully soft meditation shawl I wrap around my shoulders in winter.

At least we are in agreement on that, myself and WS, when we say that God and the imagination are one.. I suspect we’d disagree on Gwendolyn Brook’s stature as a poet, but I can live with that.

Imagine what a different world we’d live in if that little jew who wrote the Bible had used an aramaic word connoting “the human imagination” to signify his deity, rather than those three dictatorial letters? Imagine.