The Three Characteristics/Marks/Seals of Existence: A Practice 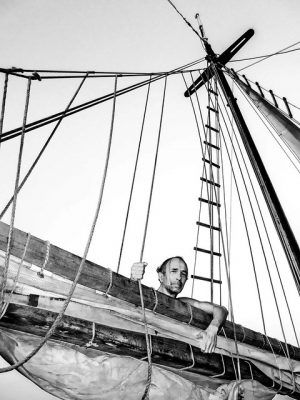 I’ve been thinking recently about a buddhist notion that all beings (including us), and in fact all phenomena, are marked by three characteristics. These are sometimes called the three marks of existence, or three seals: suffering (or some kind of “shortfall”), impermanence, and contingency.

Here’s an acronym to remember them by: SIC!

I’ve deliberately chosen SIC as it sounds a bit like “sick” when said aloud (as in debilitated, disordered, down in body and mind), but it’s also the word we use in a text to indicate a phrase or quote that looks dodgy but is in fact is exactly what was printed or said. As in when The Donald comments on Boris becoming PM:

The idea, as with all buddhist ideas, is that if we can really explore and understand on an experiential level these three characteristics, learn how to recognise them as they arise in our moment to moment perceptions rather than just as conceptual symbols on a screen or in a book, this exploration can greatly help us to live our lives in a more unencumbered way, with more peace and grace. So are you willing to do a bit of exploring?

If so, here’s a quick overview of the three characteristics and then the simple, no-fuss practice. 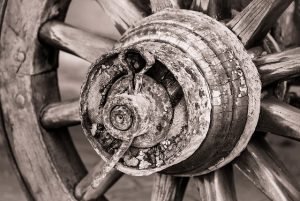 Dukkha, the pali word for this concept, is often translated as “suffering” or “discomfort”, but I’ve always liked the notion that its etymology can be traced back to something like “a painful, bumpy ride due to a poorly-fitting axle hole in the centre of a wagon wheel”. This is the buddhist version of “life’s a bitch…”.

Perhaps a better translation might be something along the lines of shortfall or insufficiency: that unsatisfactory or peevish disgruntlement we experience, whenever anything in our experience falls short of our expectations. Once you start noticing the extent to which there is a shortfall between what we expect or desire, and what we actually get, you start to see this phenomenon everywhere, and in everything, a true mark of existence.

It pops up even in ostensibly good times. Let’s say I’m on a beautiful country walk, as I was yesterday alongside my trusty doggy companion Max, and for the most part having a great time. Yet even woven into that walk there were countless example of dukkha. Here are just a few:

And on it goes. These are not huge traumatic forms of suffering, just the usual, everyday-dukkha, the niggles, the jolts, the stuff that might easily be generated if you just stop reading this sentence and sit quietly for a moment.

Try it. It won’t take long before your mind points out some kind of shortfall, some kind of gap between how you’d like things to be, and how they are, whether it’s in relation to your mood, or body, or relationships, or surroundings, or the tasks you’ve taken on today. Non-stop dukkha is how it goes, I’m afraid. But keep on reading for some suggestions of what to do with that. 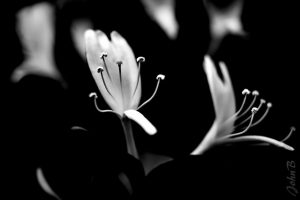 I’ve written more fully about impermanence here, but let’s stay with that walk and notice a few marks of impermanence along the way: 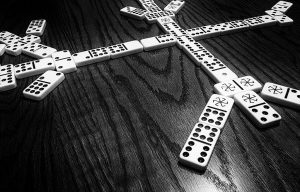 In buddhist literature, this is sometimes referred to as no-self, or non-self, but my understanding of this is that although we see ourselves as separate, self-determined entitites, our experience of the world is inextricably, at every moment of the day, shaped and circumscribed by our environment and life-context, as well as our life course up to this point, the weather, the people who populate our existence, and a million other factors that are not even a conscious part of our awareness.

If you start to think about yourself in this contingent way, you soon realise that the story-of-me that we tell ourselves (here I am, going on a walk, on a Saturday afternoon, learning a poem, listening to an audiobook, enjoying the sights, sounds, and smells around “me”) is actually something much more mysterious and shaped-by-everything-that-is-not-me, which is to say shaped by my circumstances and surroundings rather than emerging directly out of my body and mind.

Perceptually, a good analogy for this might be something like the Escheresque Rubin’s vase, where figure and ground get muddled the more we pay attention to the image: are the faces made possible by the vase, or the vase by the faces? 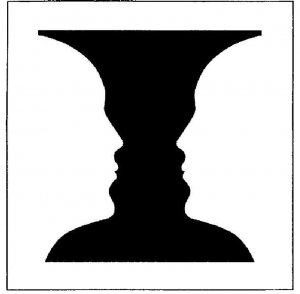 Of course each shapes the other. Our environment impacts us in ways that we are often hardly aware of. After walking in drizzle and overcast weather for a while, when the rain abates and the sun comes out, I become a different person: lighter, more joyful, if only for a few paces before Impermanence sets in again, and I shift into another way of being.

And this doesn’t just happen for us. Yesterday, I noticed that even the birds are “moved” or shaped by something as simple as sunlight. A moment before the sun came out, all was quiet. But as soon as sunshine broke through the clouds, rapturous birdsong rang out of the forest that I’d just passed through, sonically matching the uplift in mood that I’d been feeling, and who is to say we didn’t all feel a very similar buoyancy. Maybe even the trees, grass, and insects therein. For a few seconds, bathed in sunlight, we all became slightly different entities.

WORKING WITH ALL OF THIS: A NOTING PRACTICE 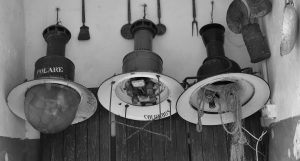 So if you’re broadly speaking in agreement with this theory that all existence can be usefully understood as marked by three interlinked characteristics or seals, which we can either fight against or try to work with as best we can, how to make this happen?

Here’s the practice, a very simple one that I’ve been trying out recently. Every time you notice some form of psychological or physical suffering, see if you can “seal it” with one of the above characteristics of existence: SUFFERING (aka distress/deficiency/disappointment), IMPERMANENCE, and CONTINGENCY. Often, all three are present, in which case you can designate what you’re experiencing with the SIC triple whammy. “Yeah, that’s some serious SIC there, dude” (or however you choose to acknowledge the presence of SIC).

Whichever of the three you notice, just label it, using one of three characteristics, and then see if that allows you to live more in accord with your environment and circumstance or not.

The three characteristics of existence in the order  I’ve presented them also perhaps adhere to the most frequent ways in which the mind becomes aware of them in consciousness.

Some form of distress or unsatisfactoriness is usually picked up very quickly by the problem-finding/problem-solving mind as a form of SUFFERING  (irritation, disappointment, deficiency), or SHORTFALL: whether it’s having to stand in a long queue at Sainsbury’s, or not getting the response we might feel we need from a loved one.

We notice this first characteristic right away, because that’s usually the part that hurts. And it hurts for a good reason: our minds are saying “Pay attention to this. This is not in sync with your wishes or needs. Maybe we can make it better or easier for you in some way?”

And yes, sometimes this problem-finding/problem-solving stance of the mind is genuinely helpful. Maybe I can find a quieter carriage of the train to read in, maybe I can find shelter under a tree when it begins to rain. But what to do when that suffering or shortfall cannot be eradicated, or avoided, or controlled in some way? What to do when your stomach is cramping and you’ve still got 6 miles to walk before you reach the train station – other than acknowledge what’s going on, and that there is  clearly a gap between what we want or were expecting, and what we actually get. Just acknowledge that, no more, no less, maybe with a simple word like “suffering” or “unsatisfactory” or “shortfall” – whatever works for you.

I quite like using the pali word dukkha, just because it’s short and a tad brutal: the DU might as well be doo-doo, the KHA a stone in your shoe, or something worse (a scorpion?). Every time I say that word, it’s like acknowledging that life is often this way: you’re tramping along, just trying to get by, or get on with your environment or other people, and suddenly you step in a pile of shit that also harbours a scorpion’s nest. Welcome to the human condition.

Often, the recognition of SUFFERING, requires an accompanying recognition of the other three marks of existence, which are usually to be found somewhere in the mix. At times IMPERMANENCE is what we perceive first, either with or without DUKKHA. When my stomach gripes finally abated, I noted the  impermanence even of that painful phenomenon, and this was accompanied by the opposite of DUKKHA: SUKKHA (happiness, pleasure, ease)! Which of course only lasted for a few seconds before my mind went on to find fault with something else in my surroundings.

Simply noting all of this and trying not to take it all so personally (CONTINGENCY noting helps a lot with this) can ease things a bit, or even substantially. Why not give it a go – you’ve got nothing to lose – and tell me what you think if you give this a try.