Garden companions: Monty Dog vs. Maxi-Max. What’s in a name?

By Steve Wasserman On September 24, 2016 · In Feel Better, Max, Nature, Things My Garden Has Taught Me 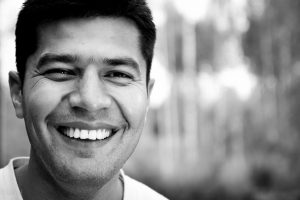 If you’re a Gardener’s World fan, you probably tune in as much to see what a Golden Retriever called Nigel is up to at Longmeadow (mostly activities involving tennis balls) as what his owner Monty Don might be planting that week.

Apart from the creatures already living in the garden, a dog is the perfect garden companion. Alert, and interested in everything; alive to the smells, touch, tastes and sounds of the garden, but never critical of our planting schemes, or yakking on about mortgages or school fees when we just want to get on with the weeding.

So with the idea of having a garden companion (but so much more too) I decided to adopt an Autumn pup and begin over the winter to raise and train him to become a first-class garden pooch.

Meet Max, a 9 week-old cockerpoo, who unbeknownst to him, has just been signed up for my very own four-season Royal Horticultural Gardening Companion( RHGC) course.

Max was not always a Max. I initially thought it might be fun to call him Monty. As in Monty Dog. A not particularly sophisticated, though pleasing (to me) gardener’s in-joke.

Even before I started calling Max Monty, I was already savouring the wry smiles, the admiring chuckles as I responded to enquiries from fellow dog-walkers regarding his name and age: “Name? Monty. Yes that’s right: Monty. As in Monty Dog.”

But the name wouldn’t stick. Not in the way that the other name I’d thought of (Max) had, and after a day or two persisting with Monty, I realised why.

In 1988, Fritz Strack and Sabine Stepper from the University of Mannheim collaborated with Leonard Martin from the University of Illinois to study an idea first posited by Charles Darwin in The Expression of the Emotions in Man and Animals. Darwin suggested that when it comes to emotions, we genuinely might be able fake ‘em to make ‘em. Or as he put it: “Even the simulation of an emotion tends to arouse it in our minds”, there being an “intimate relation which exists between almost all the emotions and their outward manifestations”.

In order to verify to what extent this was true, Strack, Stepper and Martin got their subjects to believe that they were participating in an experiment in “psychomotoric coordination” in order to see how people “performed various tasks with parts of their body that they would normally not use for such tasks”.

The challenge for one group was to pick up a pen using only their lips. For another, to hold the pen between their teeth. Unbeknownst to the 92 unsuspecting male and female psychology undergrads who were being used by Strack-Stepper-Martin to test their facial feedback hypotheses, this whole psychomotoric coordination spiel was a misdirection, a ruse so as to get everyone only to focus on lips and teeth rather what their faces were doing. What their faces were doing was this: those who held the pen between their lips had to use their orbicularis oris muscle to do so, which resulted in frowning and pouting expressions. The teeth-holders however were using different muscles (the zygotamaticus major and risorius muscle – from the Latin risus, “laugh”) which drew their features up into a kind of smile.

Later, after these stints of pencil holding, the participants rated themselves on feelings of well-being and good cheer. The frowners (who, remember, didn’t consciously know they’d been frowning) felt less chipper. Whilst the teeth-gripping smilers were more predisposed to continue feeling positive about their environment and more upbeat in general.

So what has this got to do with dog names you might ask, and more specifically Max? Well, if you say the name Monty, you will notice in the formation of those two syllables that your mouth does something very similar to holding a pen between your lips: the jaw drags downwards as if one had suddenly been transformed into a jowly Bloodhound. Max on the other hand activates the risorius muscle, stretching the mouth in a lateral direction, retracting its corners into the semblance of a smile. Max is a smiley name. Monty (Dog), for all of its humorous associations, is more of a psycho-lexical downer.

As my garden companion’s name is probably going to be used hundreds of thousands of times in the next few years, I quite like the idea that each time I use it, no matter how I’m actually feeling towards its recipient, the smile-shaping utterance of Max will be good for me, and hopefully also, will then reflect back in a loving way to him.

Which is exactly how it should be between Gardening Man and and his Gardening Dog. The animal-lover and former psychoanalyst Jeffrey Moussaieff Masson asserts over and over again in his wonderful book The Dog Who Couldn’t Stop Loving just how inter-relational, and probably co-evolutionary this back and forth of smiles between us and our doggy friends is:

“The goofy grin that many dogs engage in when they are playing is not all in the imagination of their human companions. We smile at puppies and they smile back. Could their smiles have evolved in tandem? We find their play adorable, and they like that we do. So they attempt to amuse us and we laugh and they learn about laughter and fun.”

I’m looking forward to lots of smiley times with Maxi-Maximus-Maximilian-Maxitude-Max in years to come.

At the moment, as you might imagine, frowns of “Leave!” and “Off!” are probably more in evidence. But at least, in response to Juliet’s “What’s in a name? that which we call a dog, by any other name would be as cute?” I can positively attest to the fact that each irritated frown is followed by a smile (of sorts), thanks in no small part to a well-chosen name.